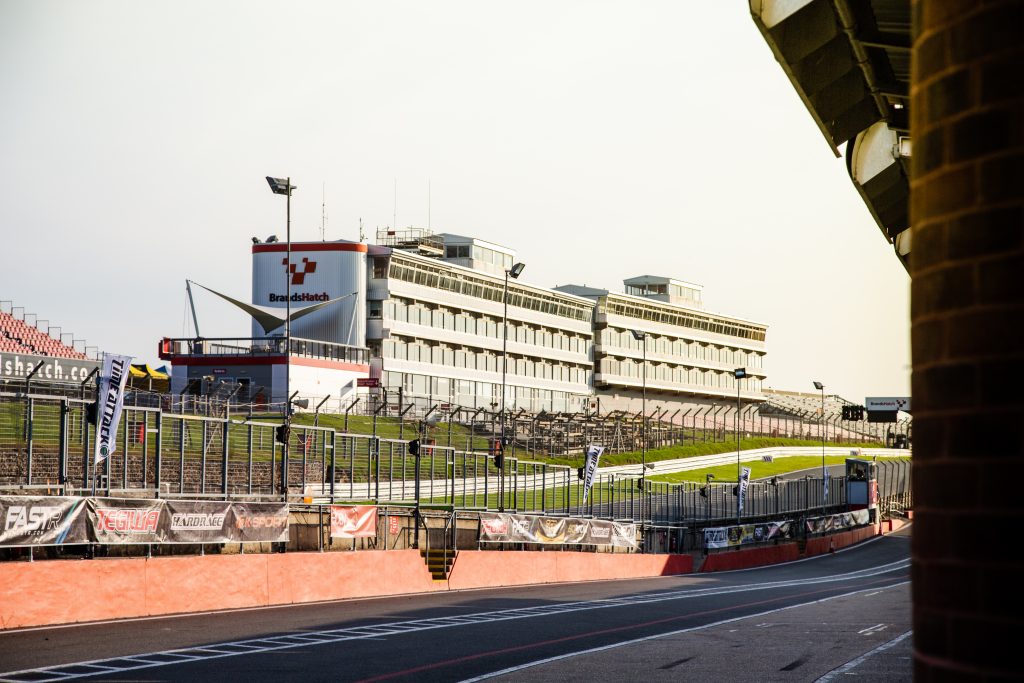 This weekend saw Team Tegiwa take a trip down to the South of the country as we headed to Brands Hatch for round 4 of Time Attack UK. Our last outing at Cadwell Park saw a mix of ups and downs with Luke Sedzikowski taking the victory on the Saturday but being hampered by technical issues on the Sunday meant the NSX had to retire and we missed out on a chunk of points too. 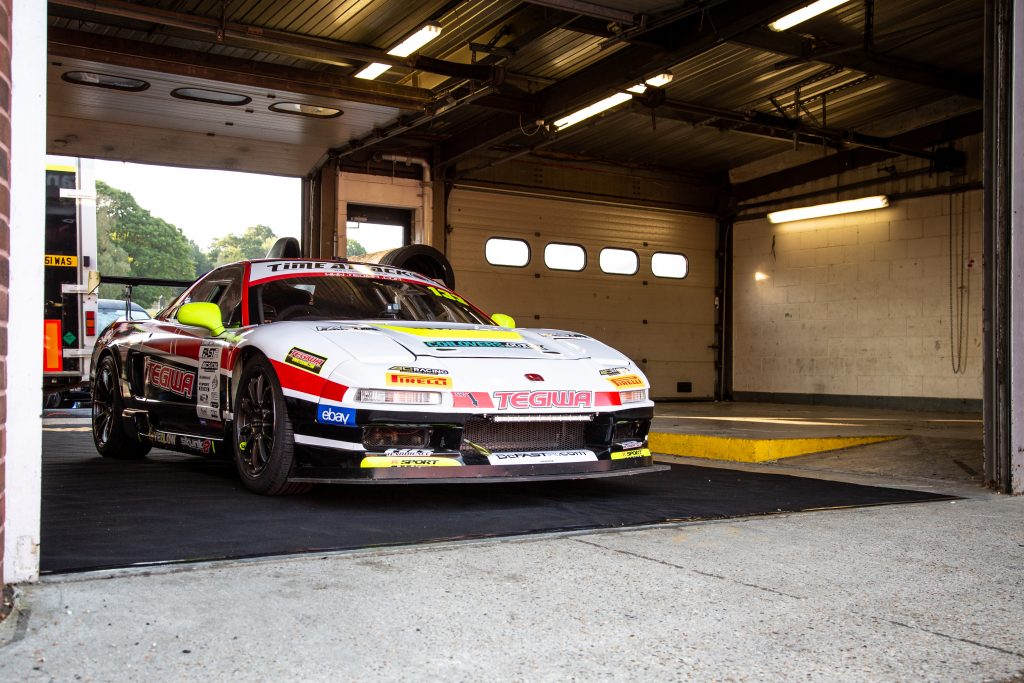 Since Cadwell, we’ve rectified the issues and made sure the NSX is back stronger than ever. Here’s a picture of the JDM icon on our dyno showing it’s back to full health as it hits the 9k limiter and spits one big, dirty flame! 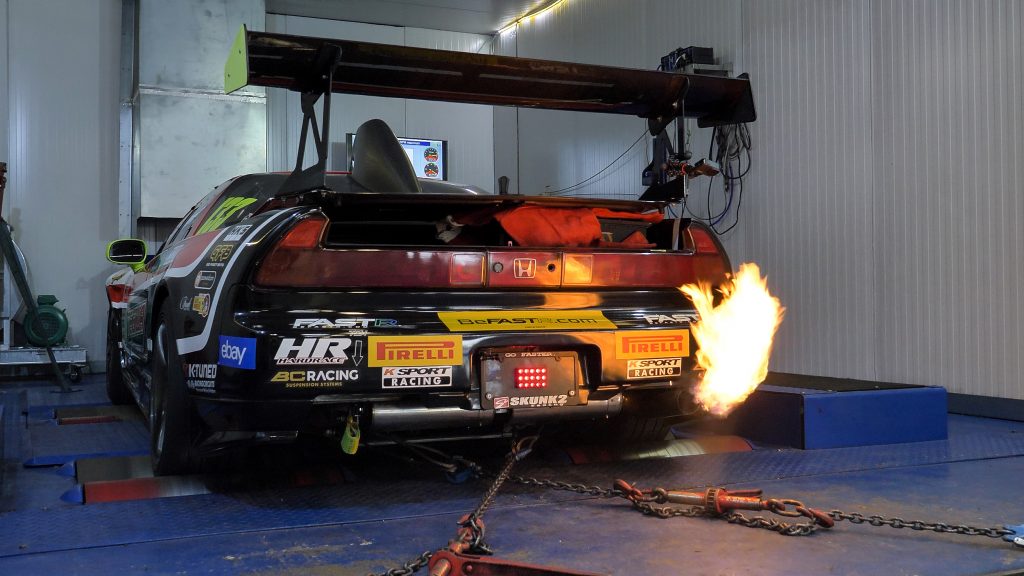 Heading into the warm up bright and early Sunday morning, it seemed to be business as usual as Luke took the top spot with a 52.863. This helped put the nerves to bed as there was an air of caution around the garage as we knew there would be 28 cars on the track during our sessions, meaning a car every 60 metres, so plenty of traffic to contend with.

Practice seemed to go pretty straightforward too with the NSX sat atop of the standings, however, things took a turn for the worse on the last lap of the session. The car suffered an air leak which made the car act as if the throttle was wide open. Needless to say that’s not ideal as you’re heading towards the almighty Paddock Hill. With Luke merely a passenger, there was only one place the car was going to end up and that was the tyre wall on the edge of the gravel trap at Druids.

After our parade lap on the back of the recovery truck, it was all hands on deck to assess the damage and get it put back together as quickly as possible. Fortunately, the majority of the damage was superficial and with a bit of whittling and some red and white gaffer tape it was ready to go racing again.

You couldn’t make this up

As spectators we couldn’t believe what happened next. Stood on Cooper straight, a huge cloud of smoke caught our eye towards Paddock Hill and below said smoke was the NSX sat adjacent to the track in the gravel trap, again. It seemed as though our luck had taken a U-turn and it might be a weekend of disappoint. As the front splitter was un-salvageable from it’s earlier off, this meant the car now had a significant lack of front downforce making it handle differently to before. Luckily, Luke avoided the walls and was no sooner out of the gravel than he’d ended up in it. A quick sprint back to the pits for a once over, and he was good to go back out. 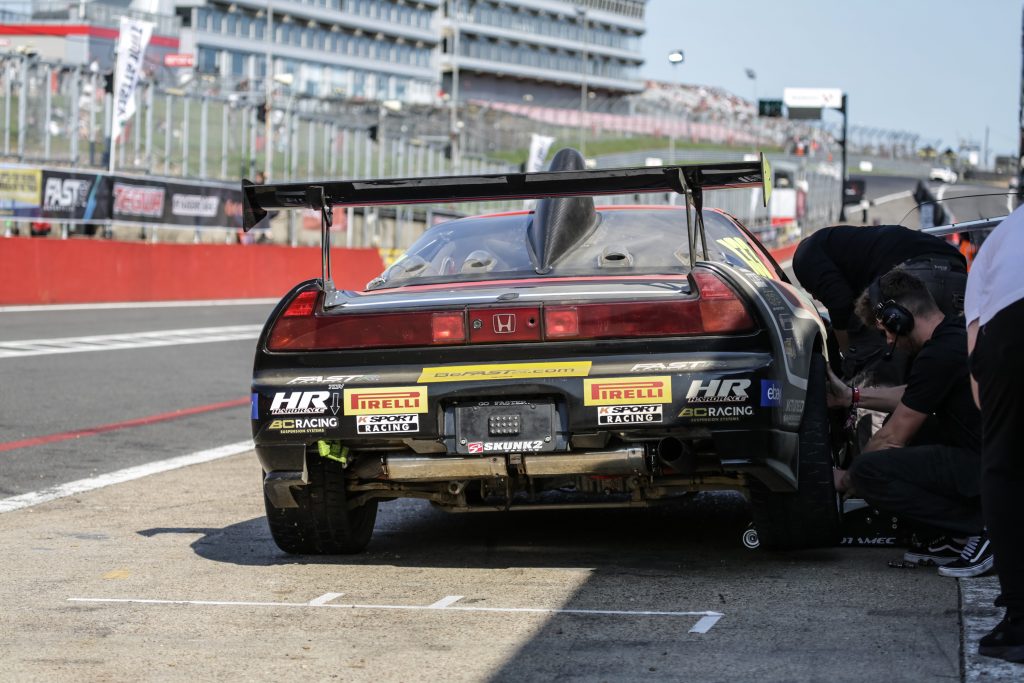 With the odds against him, Luke went back out onto the track and set the fastest lap of the session which filled us with confidence heading into the remaining session of the day.

Here’s the thing with Time Attack, you can be the fastest person out there during warm up, practice and qualifying, but you have to be fastest during the race session otherwise it’s all for nothing. With a battered and bruised NSX, Luke jumped into the car for the last time and made his way towards the pit lane exit. 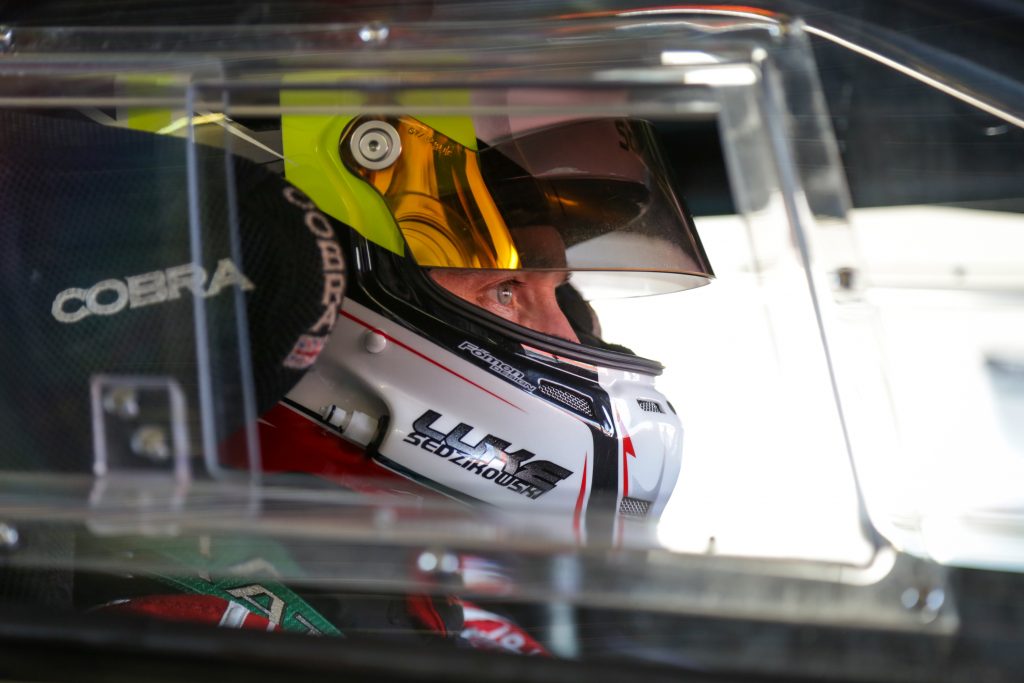 And just like that, Luke put in a lap time of 52.391 which saw him take his third victory of the season and another decent haul of points for the championship. It was a fantastic end to what could of been a miserable day and credit to the lads at Motion Motorsport and Tegiwa for getting the car fixed and back on track.

Last but not least

Our resident web developer, Mike Birch, was also back in action after his maiden outing at Cadwell Park last time too, bagging himself a spot as a guest driver in the eBay Ford Fiesta ST. 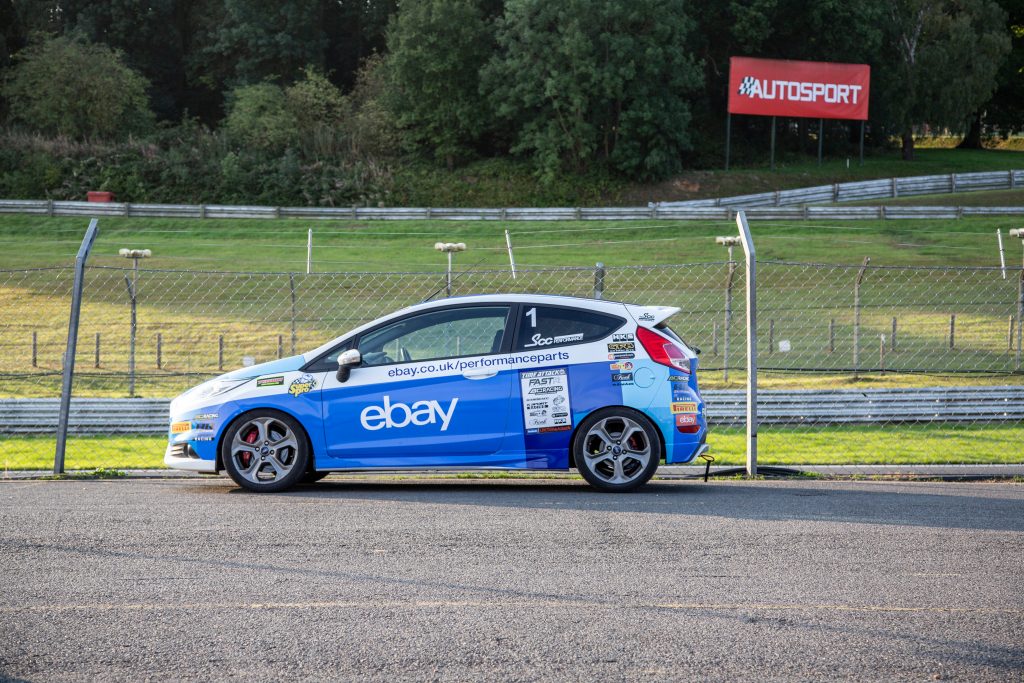 Mike was no stranger to the MK7 Fiesta having previously owned one as a daily for 3 years so he was interested to see how it’d perform on track against big horsepower race cars. With his pace increasing throughout each session and despite some technical issues with the car, Mike managed to get his hands on a trophy for the fastest lap of a single round entrant in the pocket rocket forced induction class. Well done Mike, we can’t wait to see you hopefully competing in some more rounds! 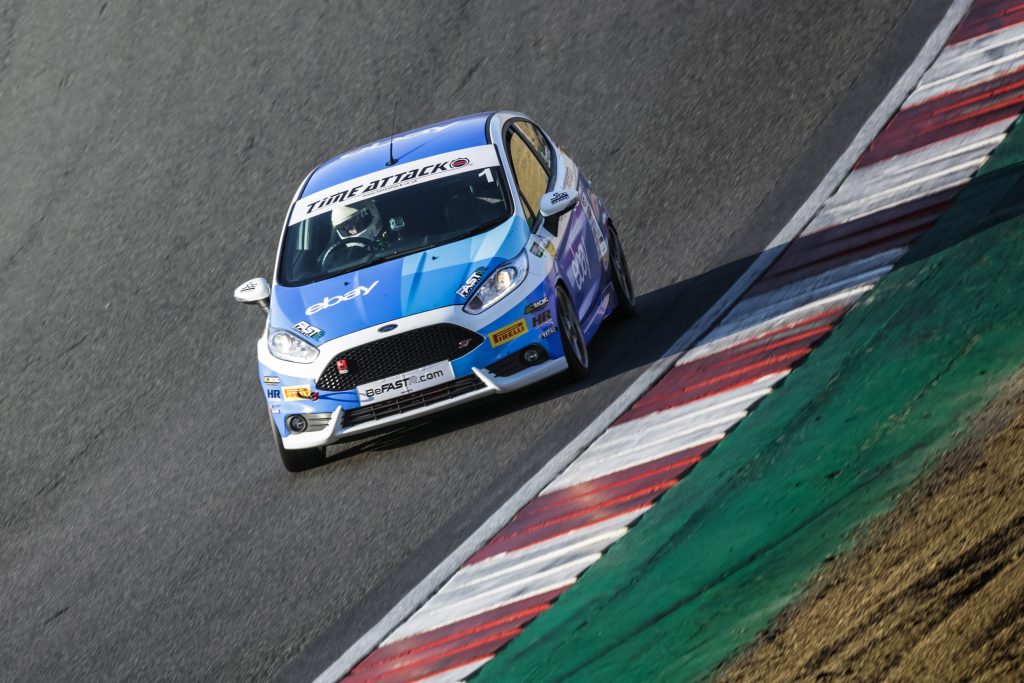 We’ll give our NSX a proper and thorough inspection to make sure that there’s no underlying issues before the final stages of the season. We’ve also got ourselves some new parts for the NSX to make it even faster. We won’t be giving much away on what these are but we can say stay tuned to the build throughout the winter months to see what they are!

Want to see the full album from the weekend with a whole host of JDM goodness? Then check out the gallery below. 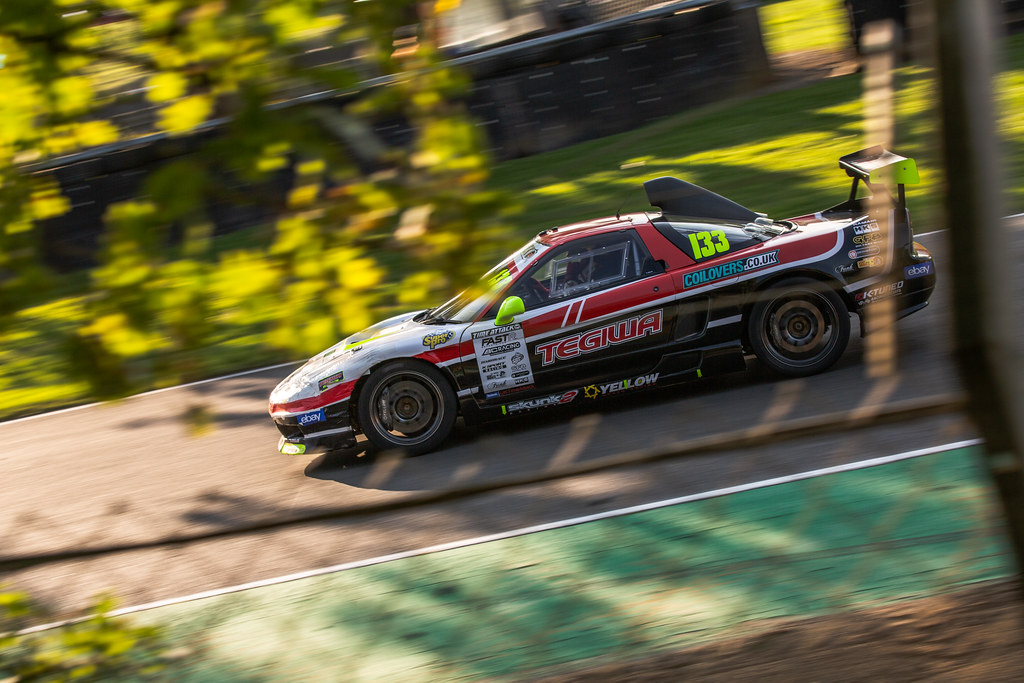