When I say there’s never a dull day at Tegiwa, I think that’s potentially the biggest understatement of the year – especially when our latest arrival to the Tegiwa Fast Fleet turned up.

Which brings us onto the subject in question. Touring cars. Race on a Sunday, sell on a Monday. Fire breathing, smash-and-grab action that’s been a fan favourite for a number of generations. So when we saw the opportunity to purchase Dan Eaves 2005 Honda Integra DC5, it was a no brainer for us being into our Honda’s and all. 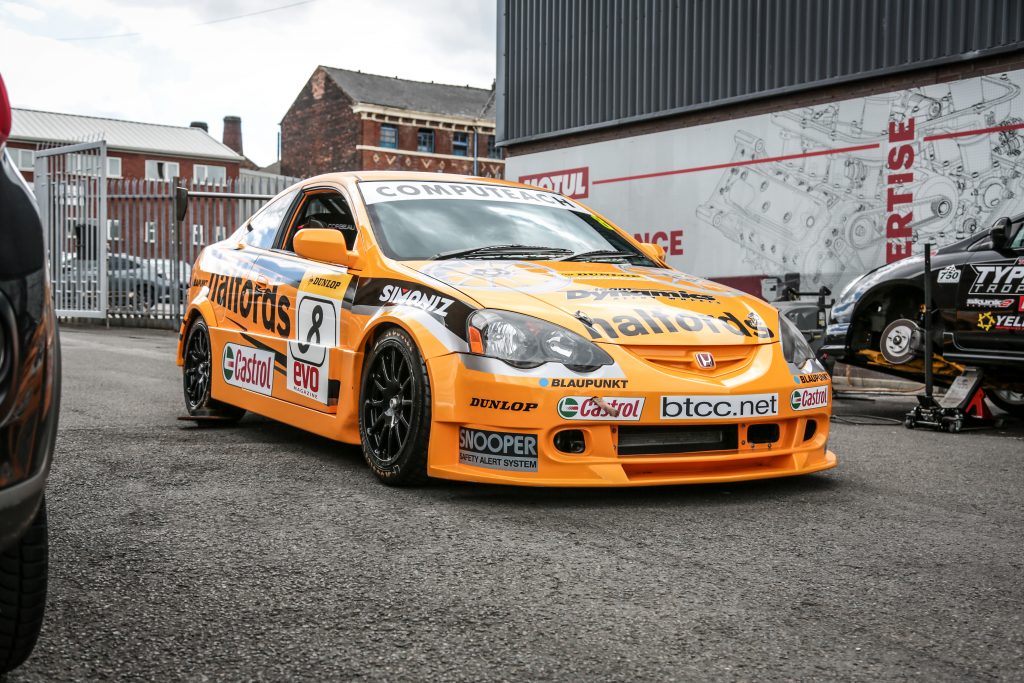 The special thing about the British Touring Car Championship is that the cars are instantly recognisable to their road going counter parts – which is probably a major contributing factor to the popularity of the sport. However, when you look a little closer, there’s not much Integra left besides the iconic JDM silhouette. 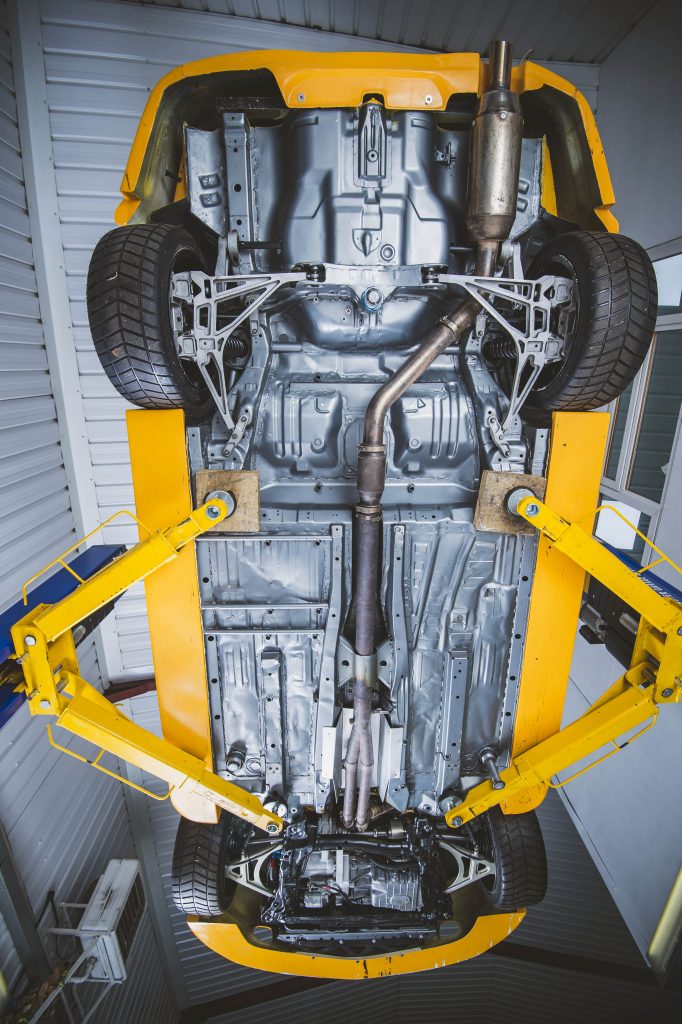 Let’s talk a little bit about it’s racing career. Team Dynamics Motorsport faced a series of challenges ahead of the 2005 British Touring Car Championship, forcing them to continue its development of the car well into pre-season testing. Eventually they’d built four cars with three of them to race. This meant that Team Halfords went into the 2005 season with no clear idea of how competitive the car was going to be.

It needn’t have worried though because the results were staggering; Matt Neal, Dan Eaves and Gareth Howell shared a record breaking season. The team wrapped up the drivers, teams, independent teams and drivers championships, in a record-breaking sweep that was one of the most successful seasons of any team in modern BTCC history. 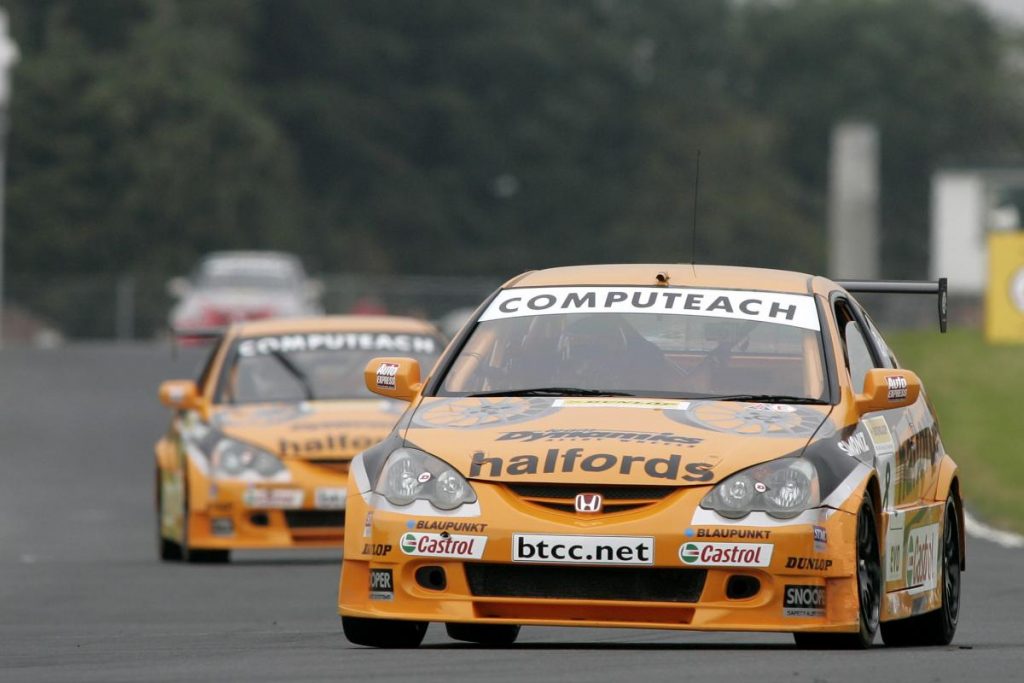 In fact, the only trophy that it didn’t win that year was the manufacturers, which was the only one the team weren’t eligible for as a privateer.

This is chassis TD-02, which makes it the second car out of the four produced for the team and is the only one remaining in the UK, a fact confirmed by no one other than BTCC legend, Matt Neal.

Dan Eaves became the first ever BTCC driver to win all three races in it at Thruxton in an epic year that saw the 29-year old win from the rear of the reverse grid in race three of the weekend. He also took the fastest lap that day too. 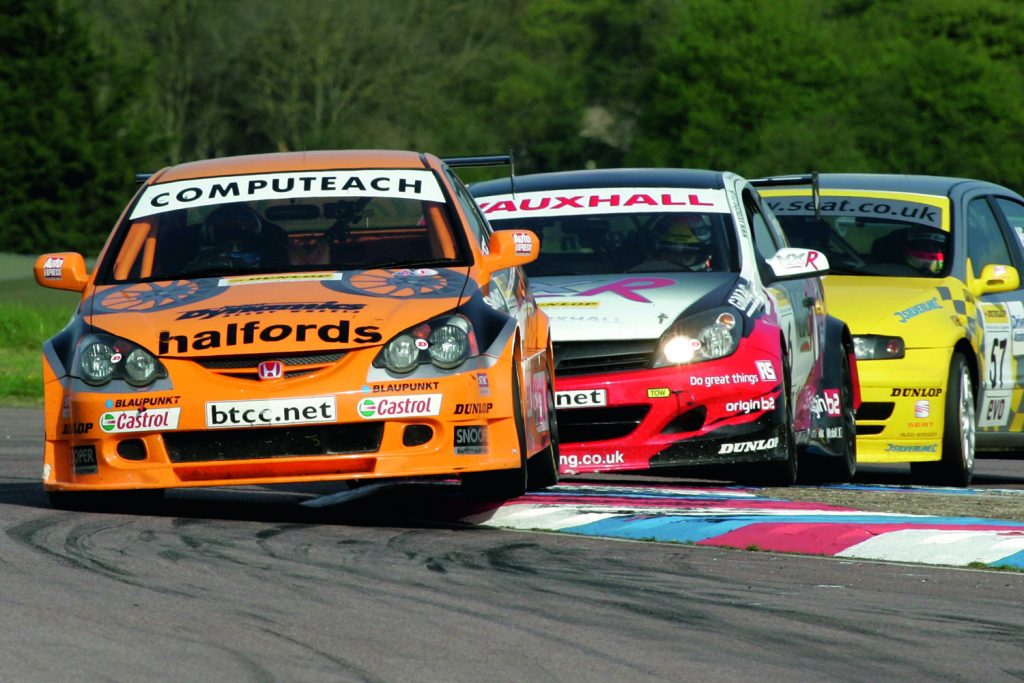 Dan drove the car to another five victories that season, achieving five of the fastest laps too. He eventually finished third in the championship, behind Matt Neal and Yvan Muller.

The car was then used by Motorbase Performance in the 2006 season, where it sported a black and pink livery before being sold privately. As you can see from the images, it’s now been re-liveried back to it’s glory days at Team Halfords and has had a full tip-to-toe refurbishment, including an engine and gearbox rebuild carried out in the hands of In2Racing. You’ll be glad to hear that the car still retains the period-correct K20 Neil Brown Engineering engine and it’s Xtrac sequential box. 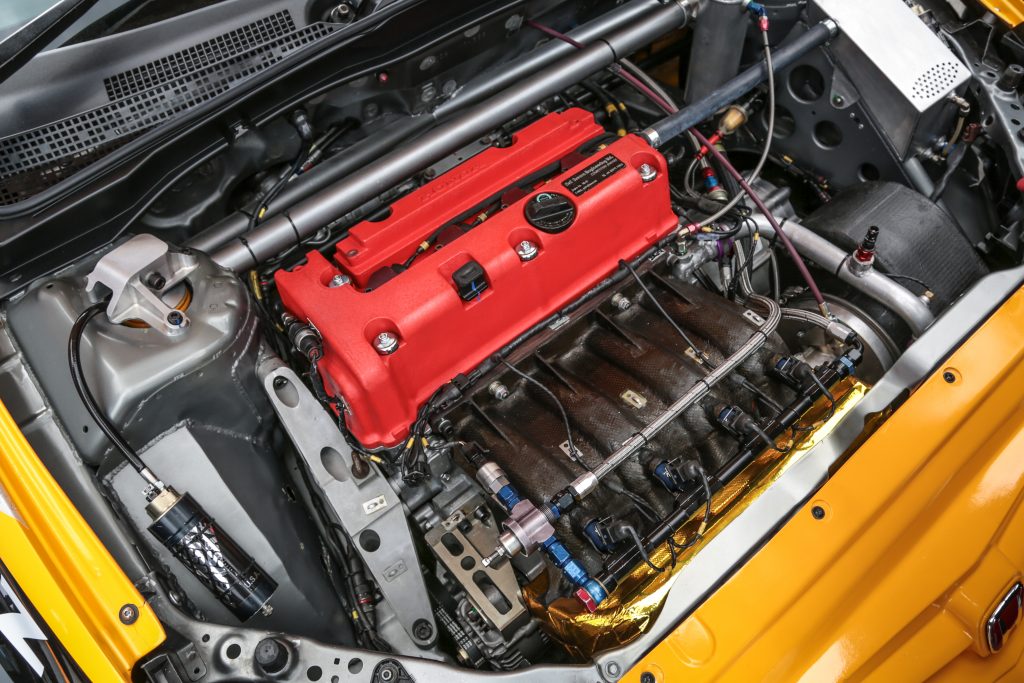 Although we’re not 100% sure what our journey with this incredible car will be, we’re exploring the avenue of participating in some historic racing, potentially the HSCC Dunlop Saloon Car Cup, which we’re sure will be a sight to behold. In the meantime we’ll be giving the car a shakedown this Friday at Oulton Park, so if you’re free then don’t miss the chance to see it back in it’s home environment!

Finally, don’t forget to head to our YouTube channel, hit subscribe and turn notifications on as we’re planning on producing a whole range of content with this BTCC icon! You can check out our unloading video of it here: