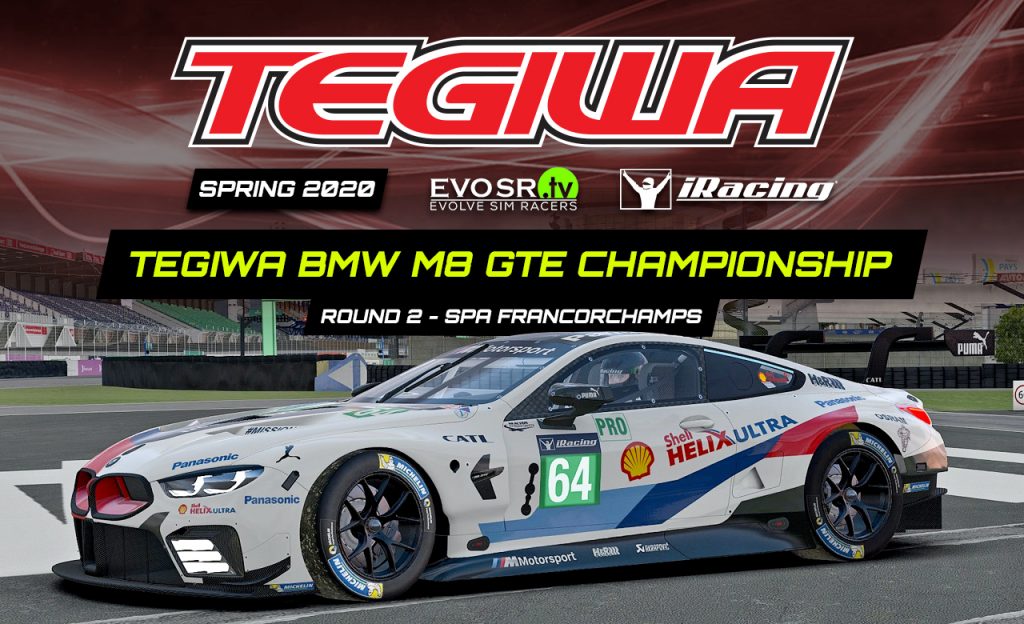 Last night we watched the action unfold from the world famous Spa Francorchamps in round 2 of the Tegiwa BMW M8 GTE Championship. What looked set to be an exciting battle heading into turn 1, unfortunately turned into a catastrophe as the cars suffered from net code on the lead up to the bus stop. It was Rob Baker, who came out the worst, spinning out onto the grass before he’d managed to cross the start line.

This saw Jake Hewlett pull away in pole position with Lewis Bibby, who qualified in 4th, now in 2nd place looking to make up the gap. However, a slow down later on in the race made this an almost impossible task for Bibby. Pete Harrod, the winner from last weeks race, worked his way up into 3rd place with Johan Akkerman finishing closely behind to round out the top 4.

The Tegiwa drivers had much more success this week, with the number 115 car of Connor Sheldon finishing in 8th place. Jim Forsyth dropped 4 places from his initial qualifying position to finish 19th, with Luke Sedzikowski ended up in 29th position.

The championship standings are now heating up with only 2 points separating the leading 2 drivers. Check out the full standings below. 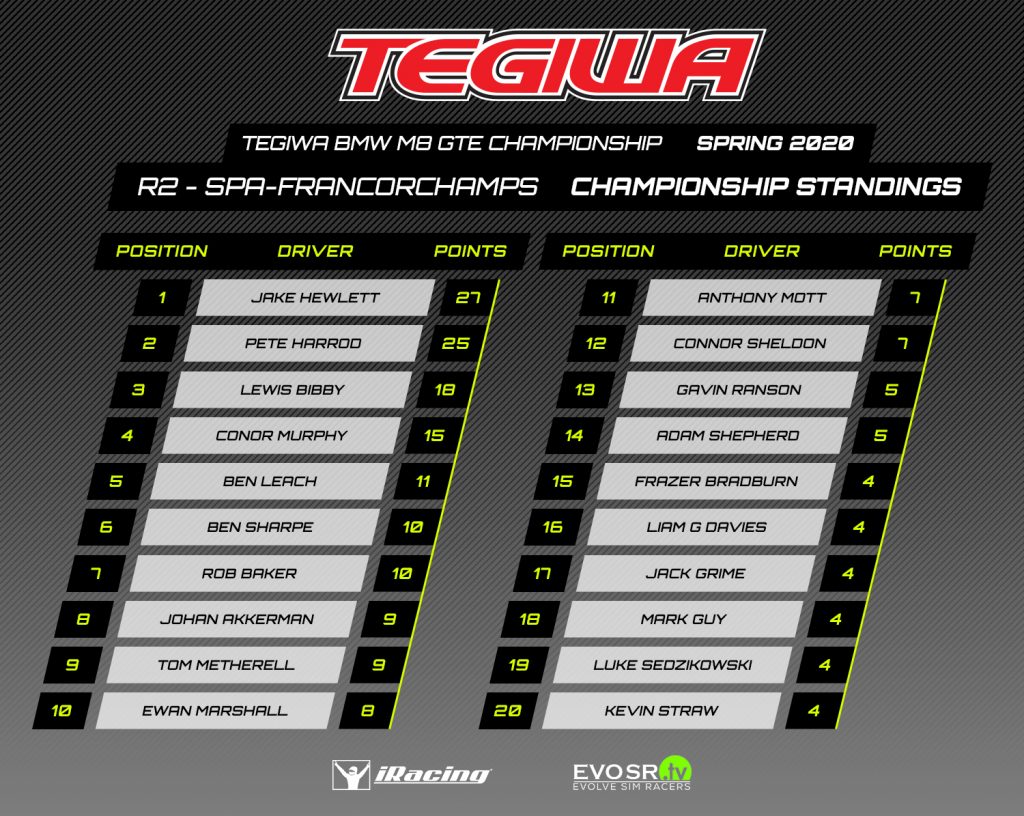 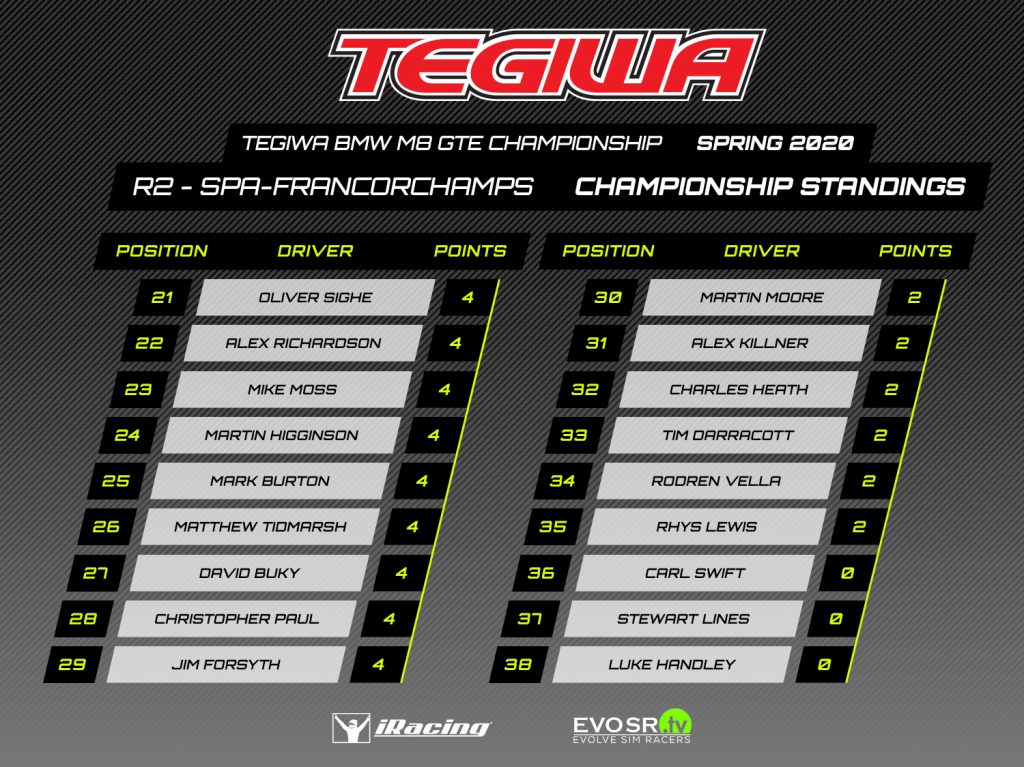 Join us next week as we return to UK soil at Silverstone International. The race will be streaming once again on the EvoSR TV YouTube channel which you can subscribe to here. See you there! 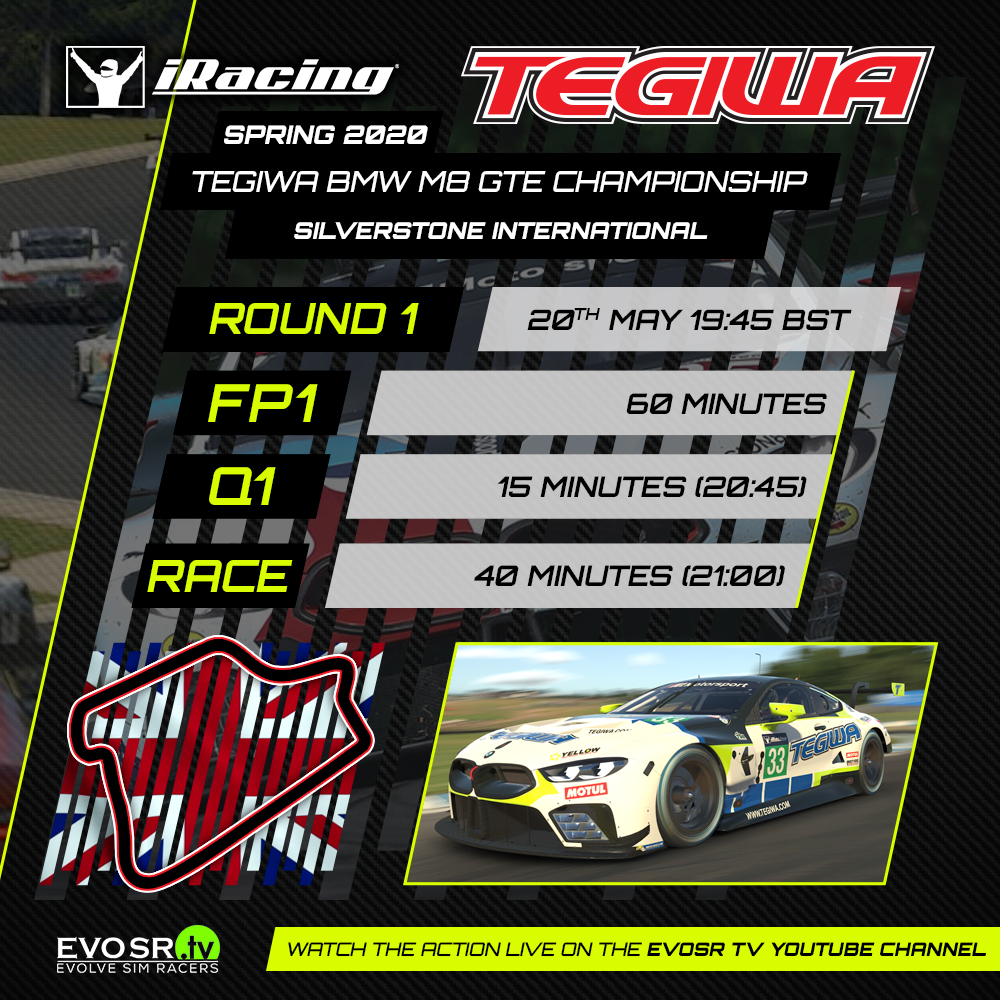