After our turmoil at Spa last month, we felt as though our luck should have reached a turning point and there was a sense of optimism heading into Round 5 of the 750MC Club Enduro Championship at Silverstone. With the M4 loaded into the lorry we were Silverstone bound by Thursday afternoon ready for our test session Friday morning.

Although the car felt great, it seemed to be struggling with understeer throughout the day. The rest of the field also had the same complaint though, which did give us some reassurance and we actually managed to dial it out by the last session which put us in great stead for qualifying on the Saturday. 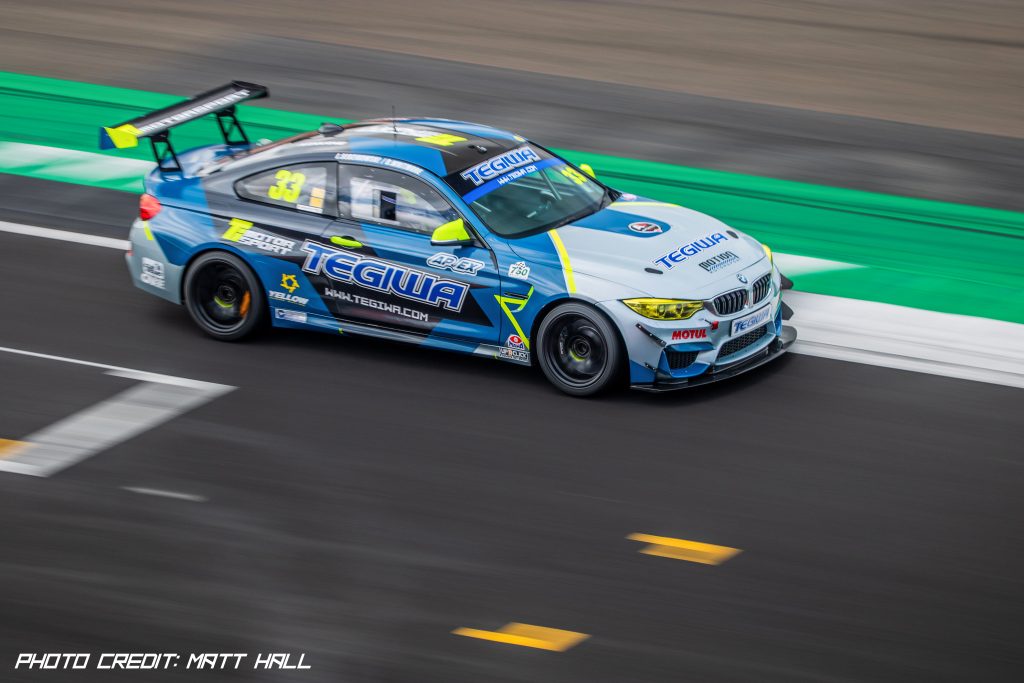 With 4 rounds now under our belt, we were pretty used to claiming one of the first two spaces on the grid when it came to qualifying, but Luke and Dave simply couldn’t find the space out on track to put a hot lap together. We ended up in 4th place, which is by no means the end of the world, and after studying the data that both drivers had acquired through their VBOX Motorsport on-board recording equipment, it was easy to see how we could find the extra pace and hopefully make headway in the race.

The race soon came round and it was time to head out onto the track again. Luke made a great start and he soon found himself in 2nd position as he headed around the outside of the GT4 M4 on the first and second corner.

Now the only obstacle that stood in our way was Rob Baker in the Area Motorsport Civic EP3, and yes, his Type R does go as fast as it looks. Rob went defensive down the back straight so Luke went wide as he thought he had a run on him but unfortunately he couldn’t make the move stick. The M4 did make it past as Luke managed to out brake the Civic on the run into Club Corner. Then it was time for Luke to get his head down to try and put as much of a lead together as he could, but it was hard work as the EP3 and the M4 were very much equal and carried similar pace.

Check out the video below of the on-board footage showing how we climbed from 4th to 1st in under one lap!

Just over an hour into the race, we’d managed to build a reasonably healthy 15 second lead over 2nd place and a 44 second lead over 3rd. However, that was soon about to change. The M4’s front left tyre blew out around Abbey, and as this was the first corner after the pits it meant that we had to limp it all the way round the track at 30mph which caused us to lose 45 seconds on the in lap.

Whilst the car was in the pits for a replacement tyre, Luke made way for Dave to do his stint. With a monster effort from Dave, he’d managed to get us back up the pecking order into 3rd place with 22 minutes to go. Again, our luck took another turn for the worse on the penultimate lap and we suffered another blow out on the front left heading around Stowe corner. Dave brought the car straight back into the pits but by the time we had changed the tyre the race was over and we found ourselves back in 4th. 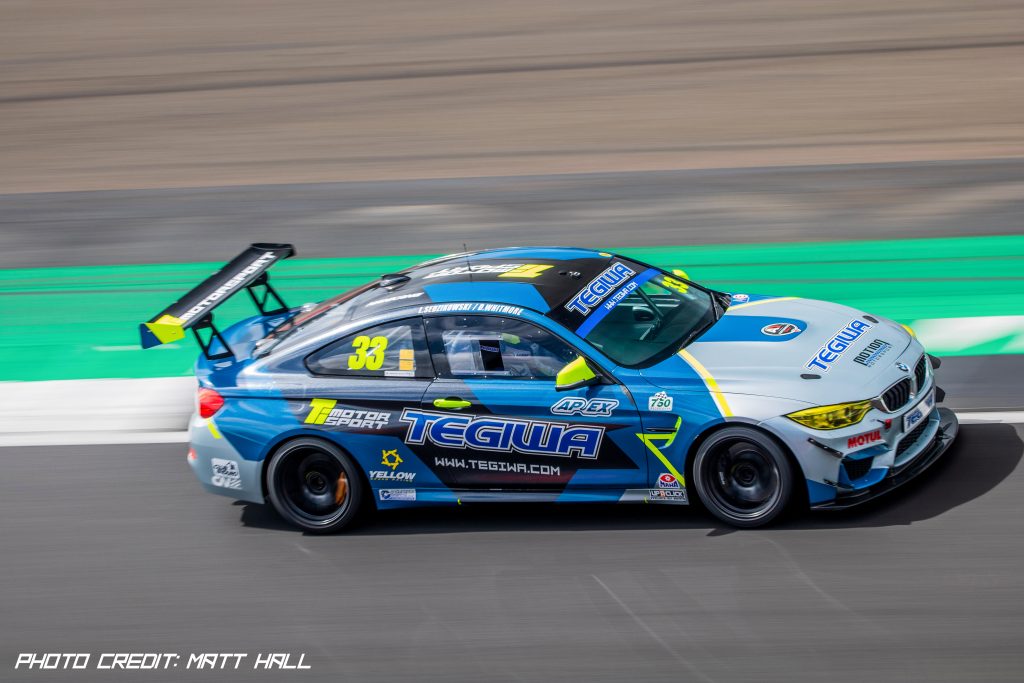 Although it was another frustrating weekend, we have to take the ‘glass is half full’ mentality and be happy that we’re still leading the championship by 5 points. Things are really starting to get tight now which must make great viewing for the neutral. Let’s just hope that our luck improves next month as we make our way to Oulton Park for Round 6.

Finally, a big shout out to Matthew Hall, who managed to capture some brilliant shots of the M4. Head over to his Flickr page here, and check out all of his photos from the weekends action.