It’s been another great weekend for the Tegiwa team as we headed up north to Croft for round 2 of the 750MC Club Enduro Championship. We should probably start by addressing the battle scars that adorn the M4’s front end. We unfortunately had an off during wet conditions in testing on the Friday afternoon, but due to the teams hard work, the car was swiftly repaired and put back together ready for race day.

Sunday’s weather forecast was forever changing and we knew we’d have our work cut out in qualifying. The heavens opened just as the session started but the rain didn’t hang around for too long, much to the delight of the drivers. With lap times falling as the track began to dry out, Luke managed a 1:32.84 which saw us get our first pole position of the season. 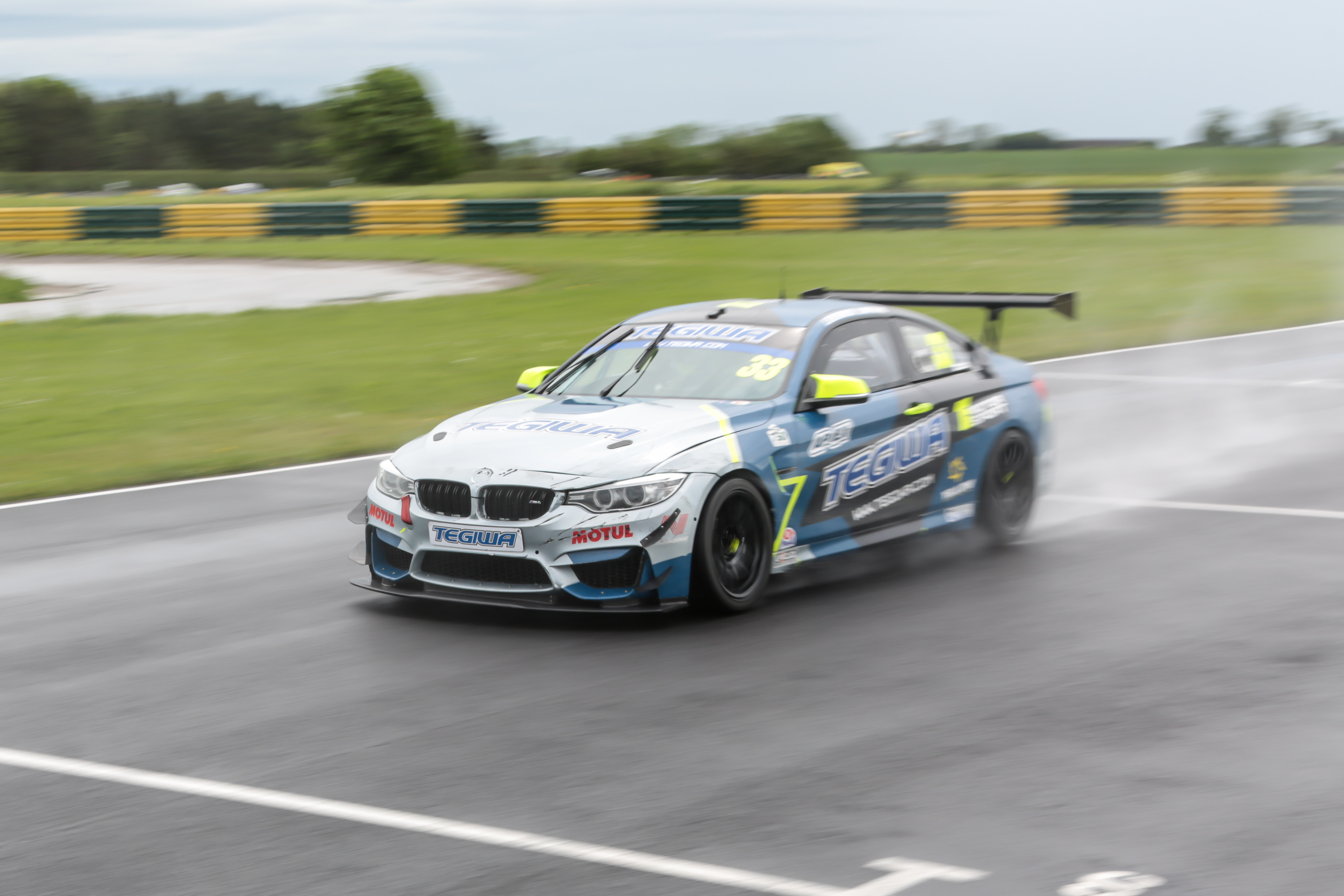 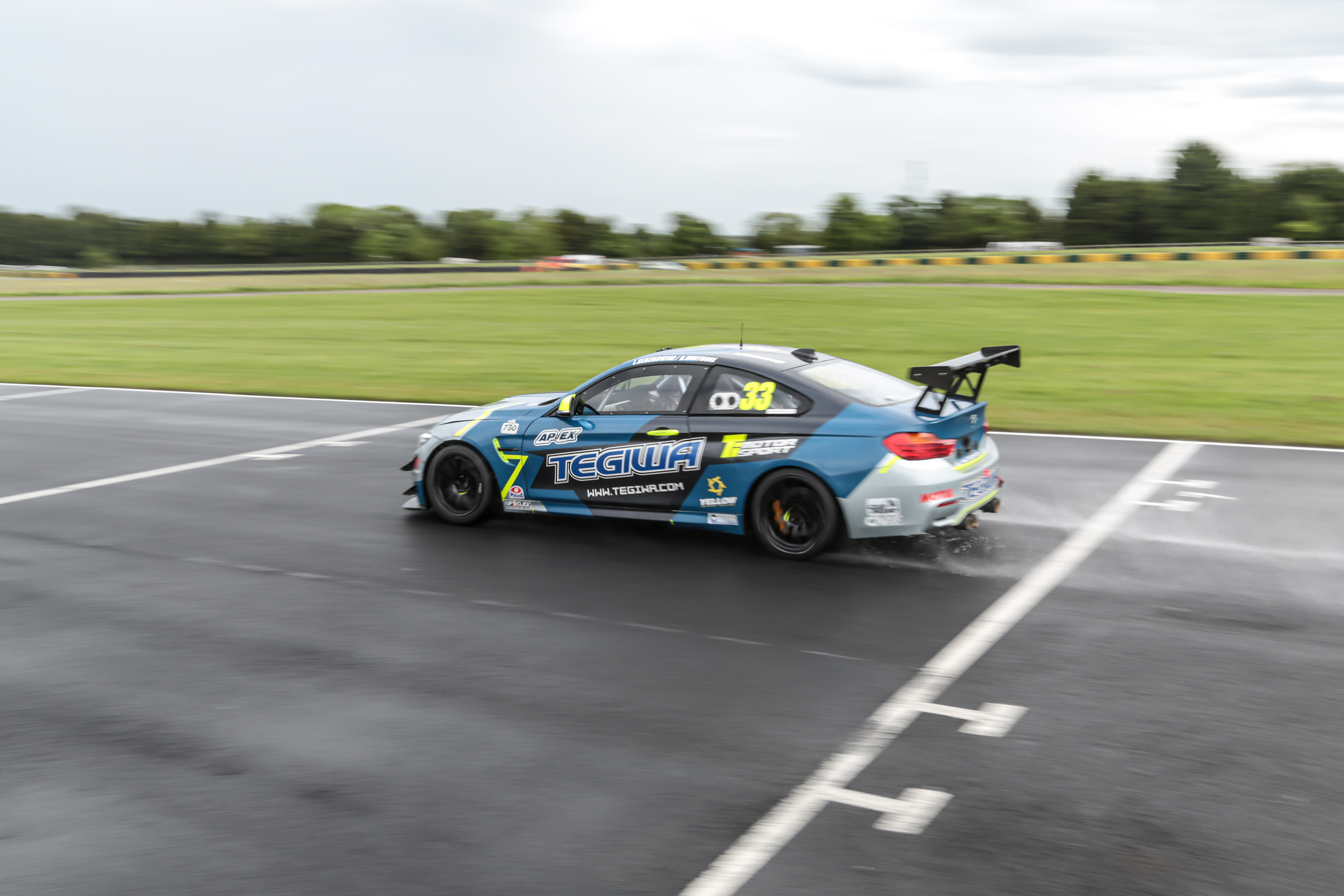 Similar to qualifying, the rain began to fall as the cars made there way out onto the track which made for some great excitement for the start as the cars roared down into Clervaux. 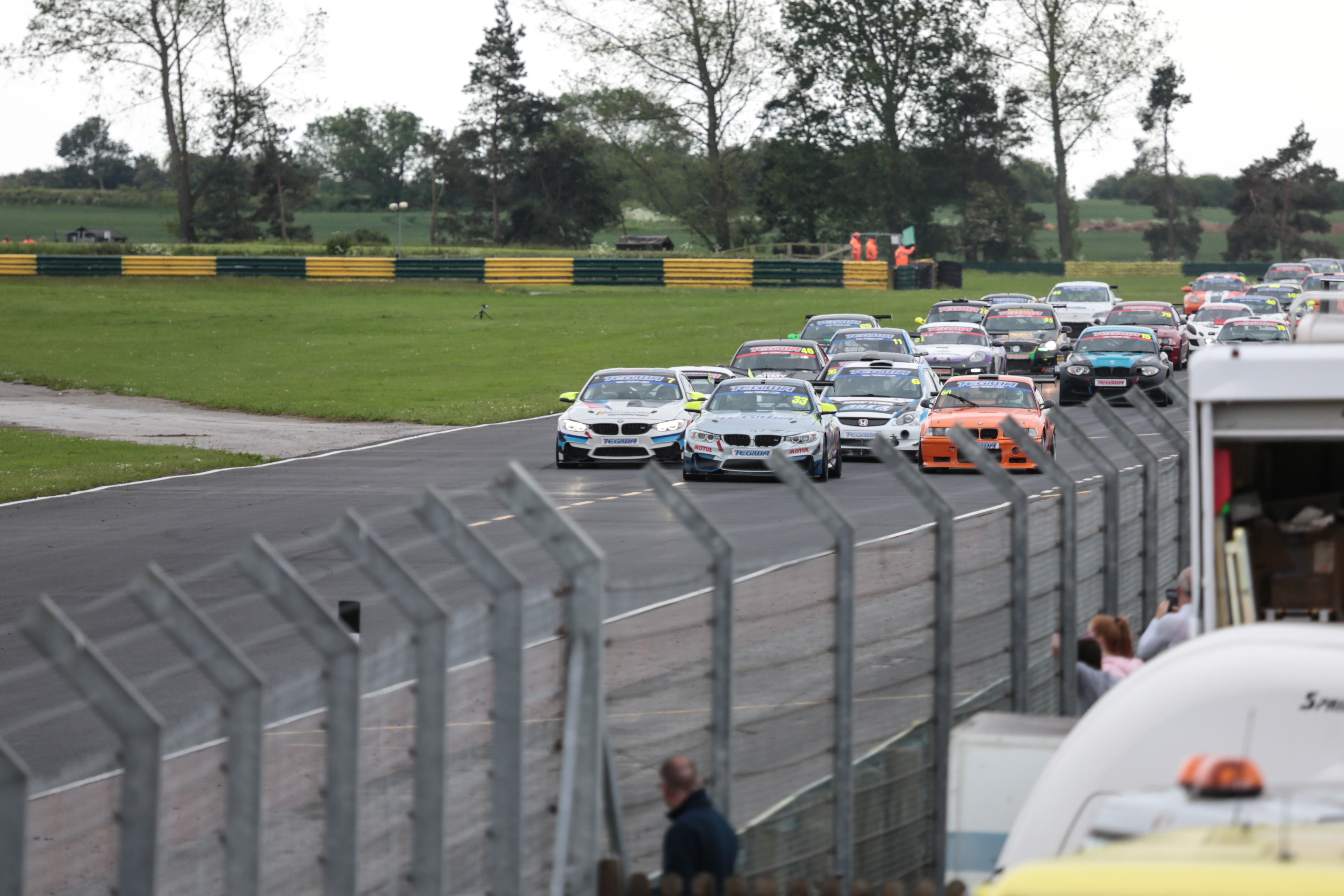 We looked to build an early lead from the front during the three-hour race, which is the longest outing on the 2019 calendar. However, that lead was hard to come by as the safety car was called out after the second lap due to a fire onboard the Seat Leon of Rob Smith, professional driver of the Excerl8 BTCC team. 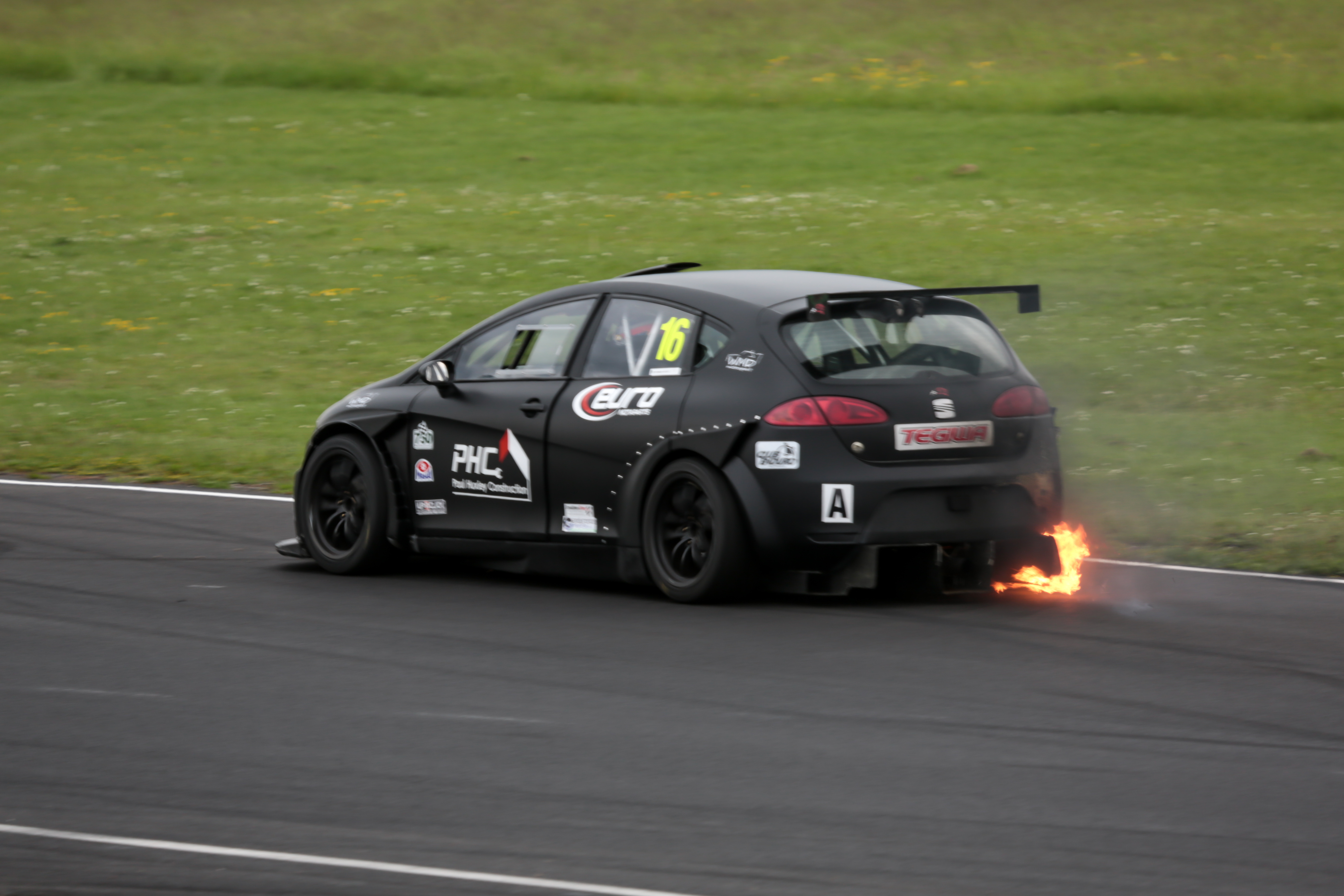 A strategical quick pit stop during the safety car period saw the Area Motorsport team look to be early favourites and they looked like a real challenger for the BMW’s, until damage saw them return to the pits after suffering an impact with the barrier. 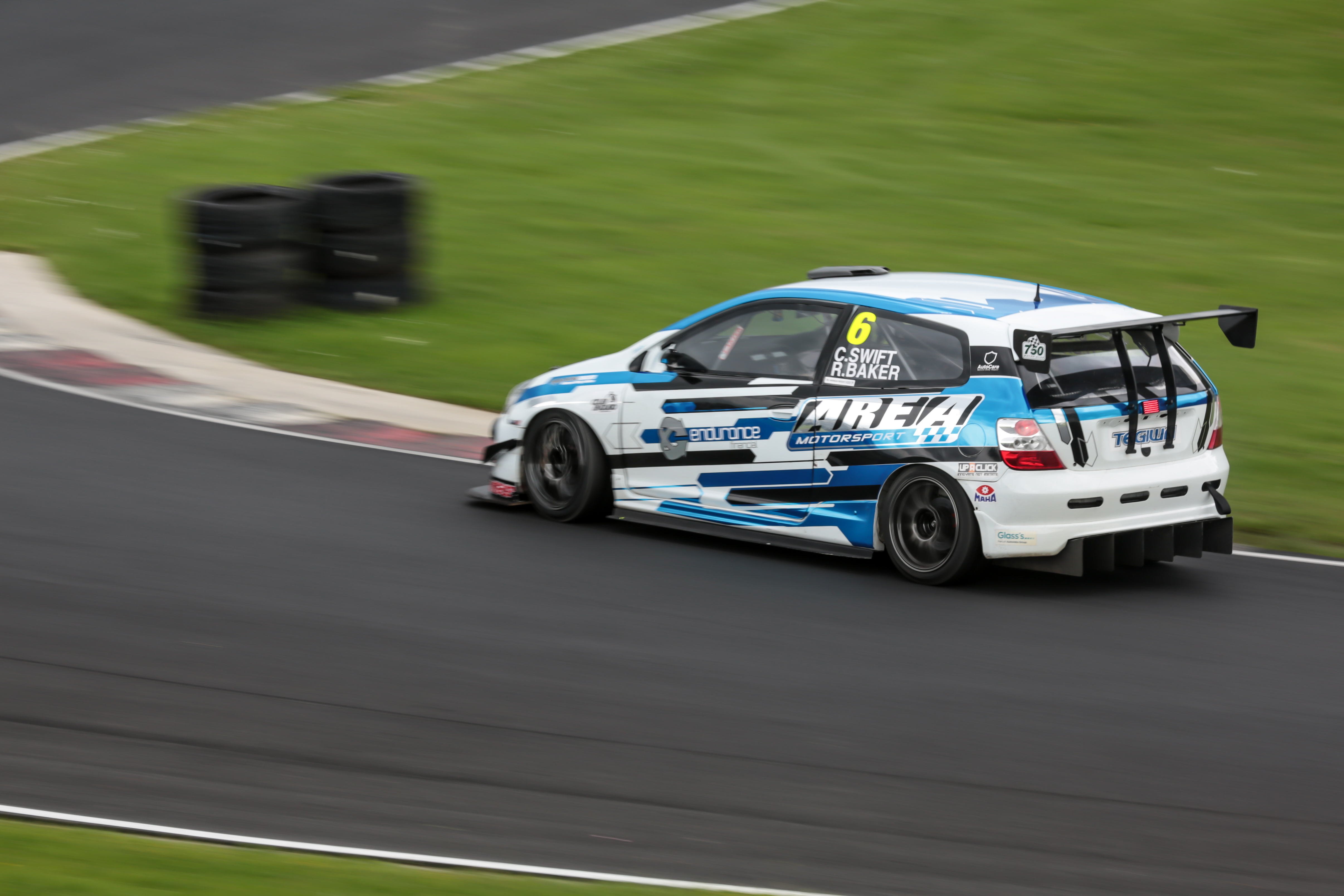 The lead for the Class A podium was challenged throughout, with BMW E92 driver Darren Ball and the Porsche Cayman of Lance and Alistair Gauld along with debutant Joe Taylor in his Lotus Elise fancying their chances. 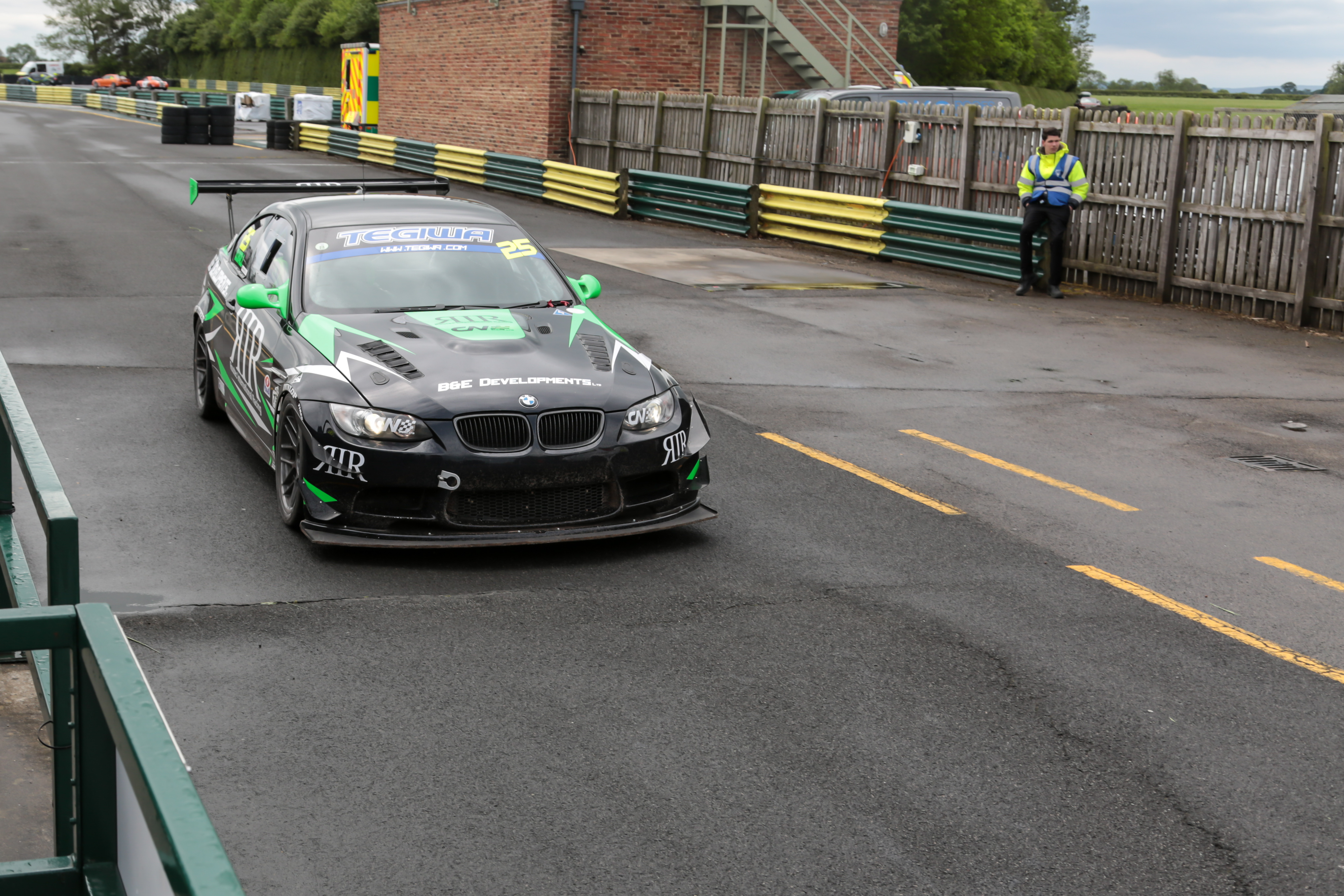 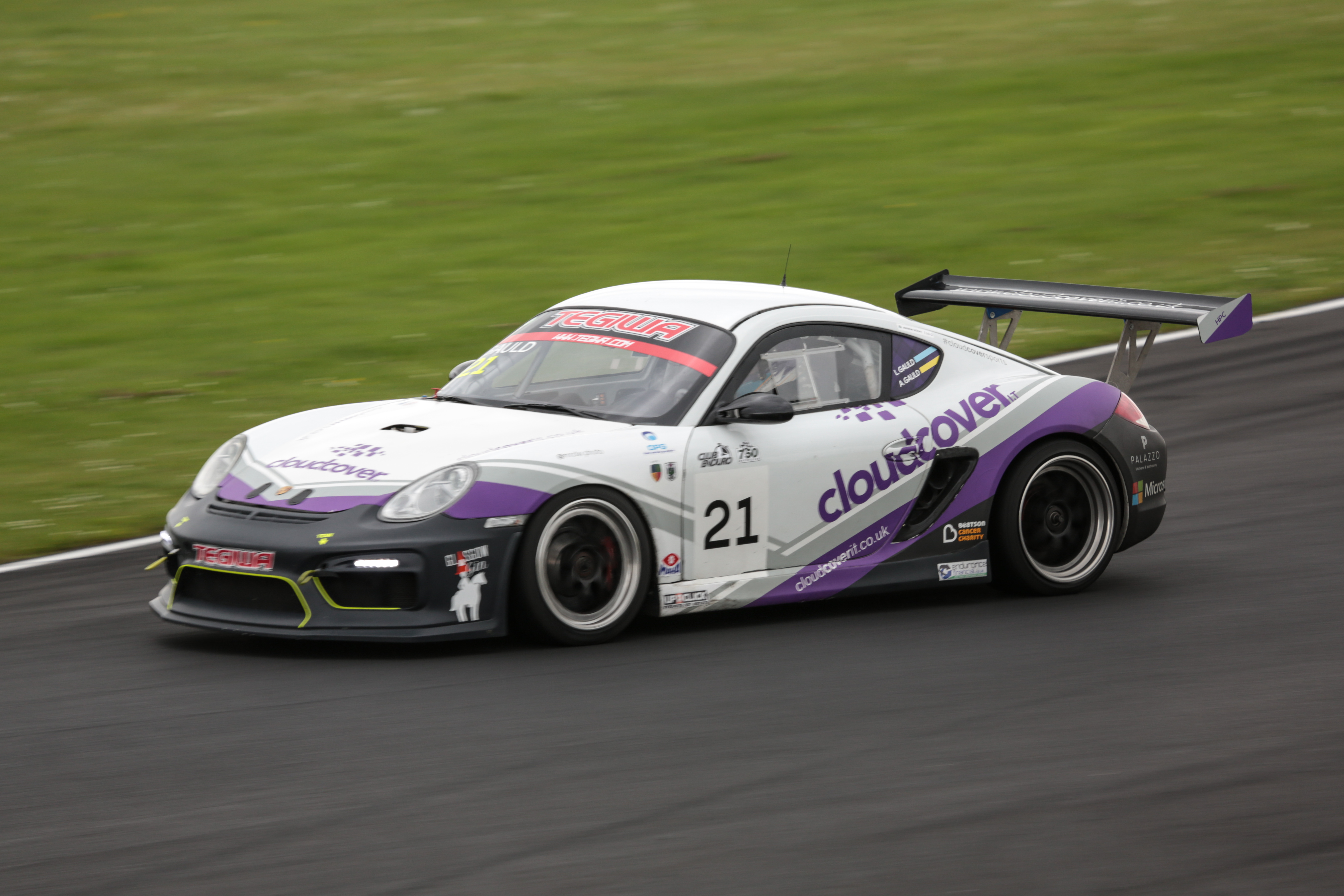 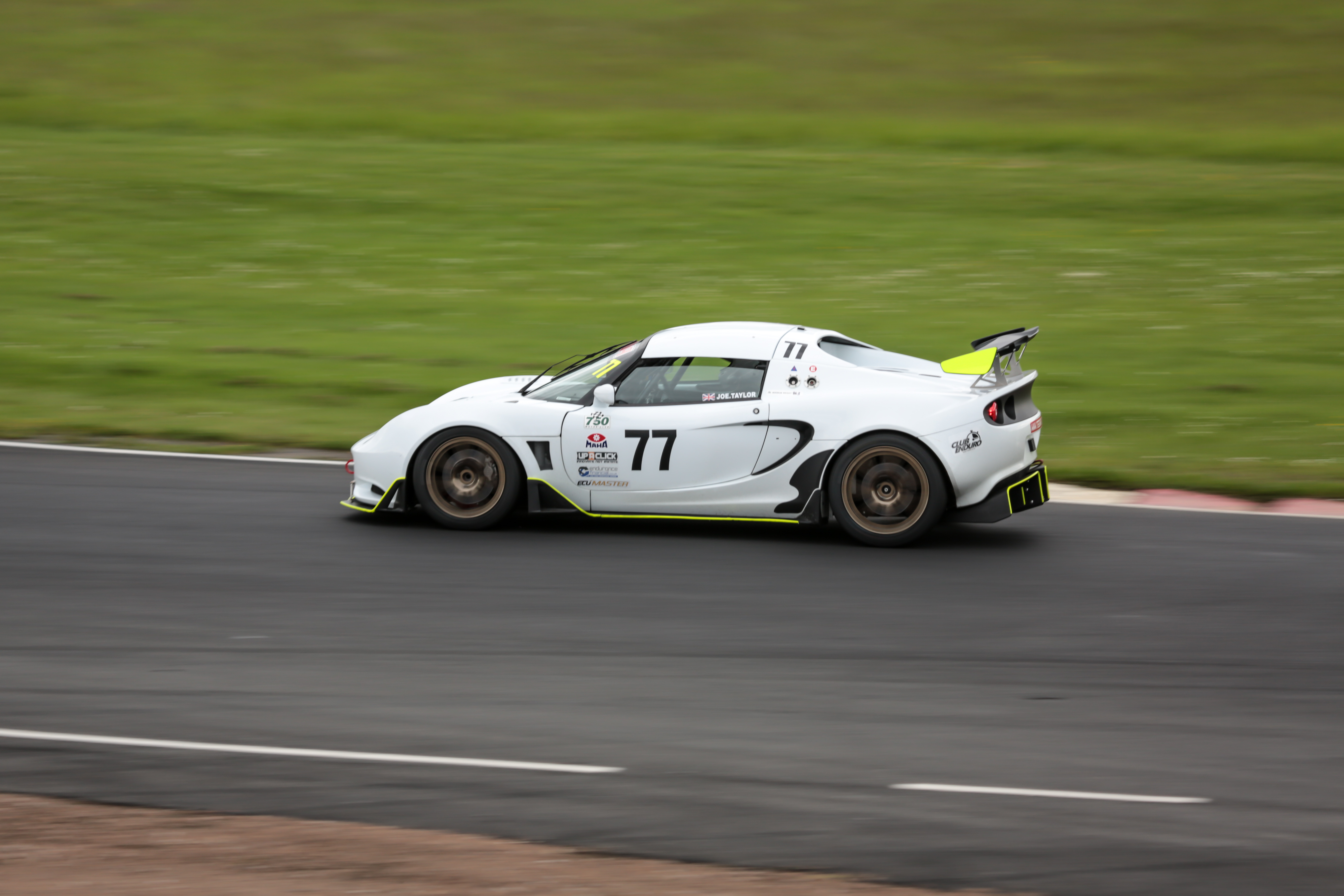 It was the consistent pace of the M4’s that saw them push on at the front of the pack though, with the Autobahn M4 being manned by Andy Marston, Chris and Mika Brown in the Jackpot Racing M4 and ourselves playing catch up after receiving a stop and go penalty.

The reappearance of the safety car saw both ourselves and Autobahn dive into the pits to complete our mandatory 3 minute pit stops and battle for victory for the remaining 45 minutes of the race. A technical fault for us saw Andy build an eighteen-second lead, but with Luke catching him at a significant rate we knew we were in with a shot. 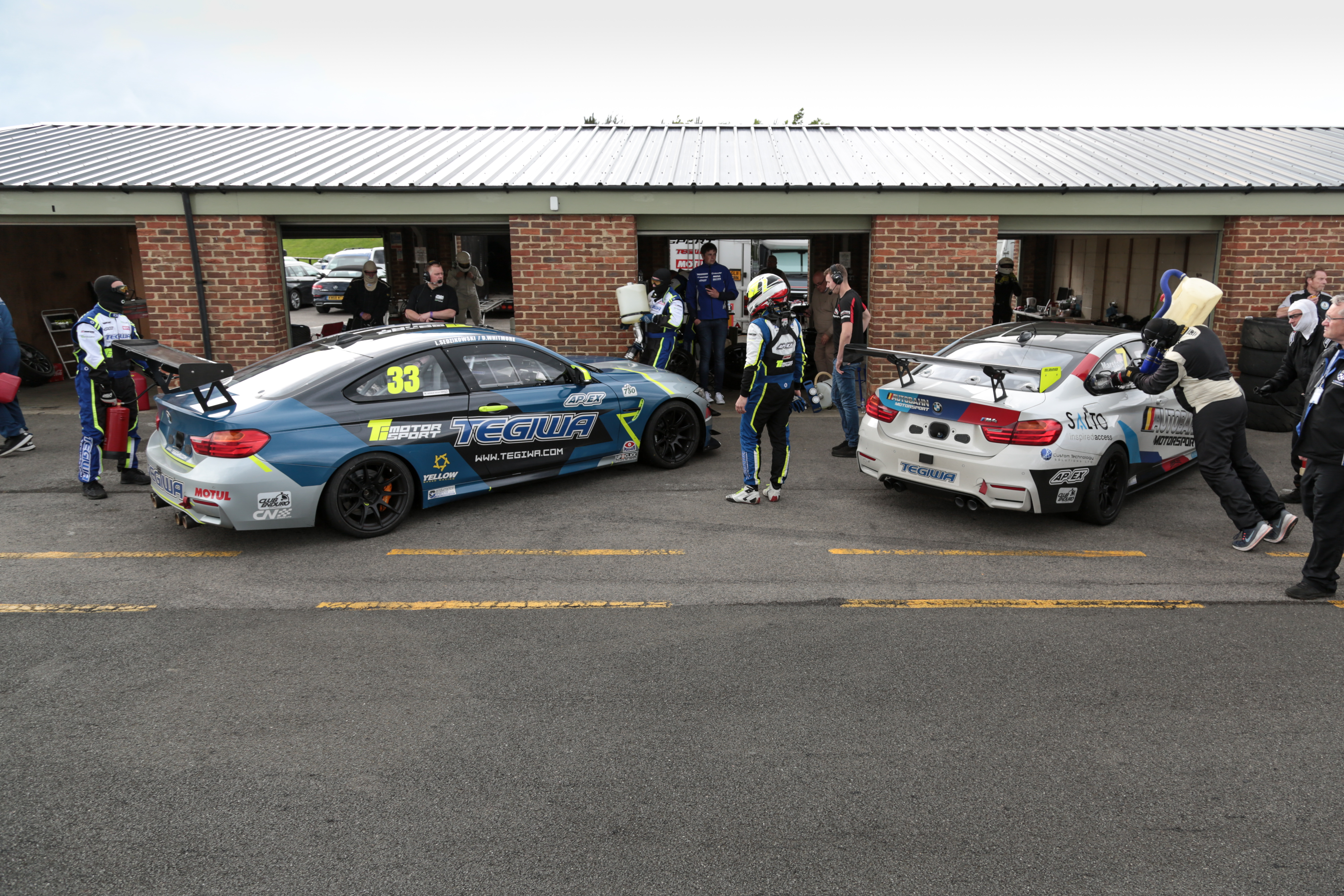 Luke managed to find a way past, and soon after the Autobahn M4 returned to the pits nursing a puncture which meant we could build a healthy lead from the rest of the pack and focus on keeping the car cool and bringing it home for our second race win of the season. 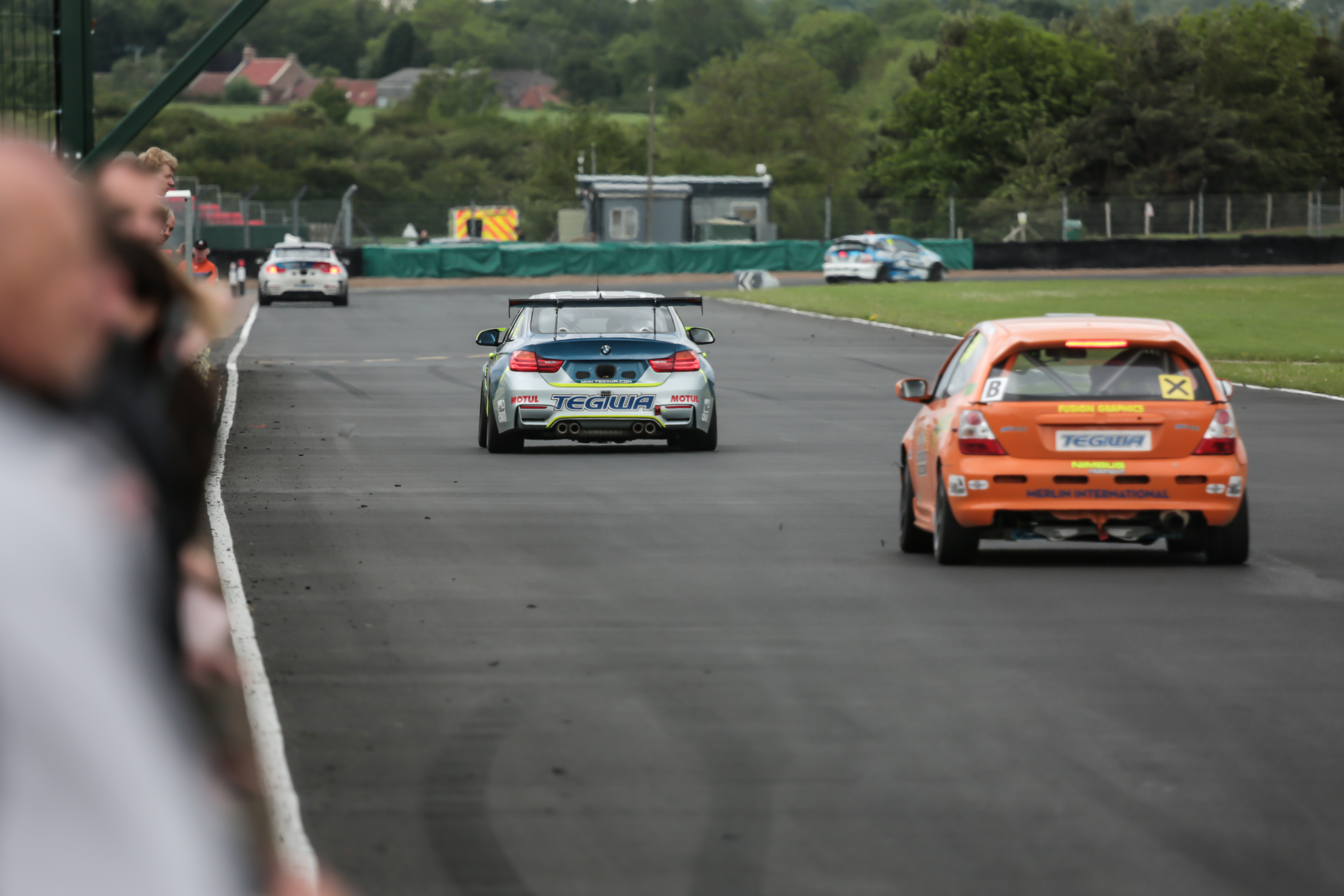 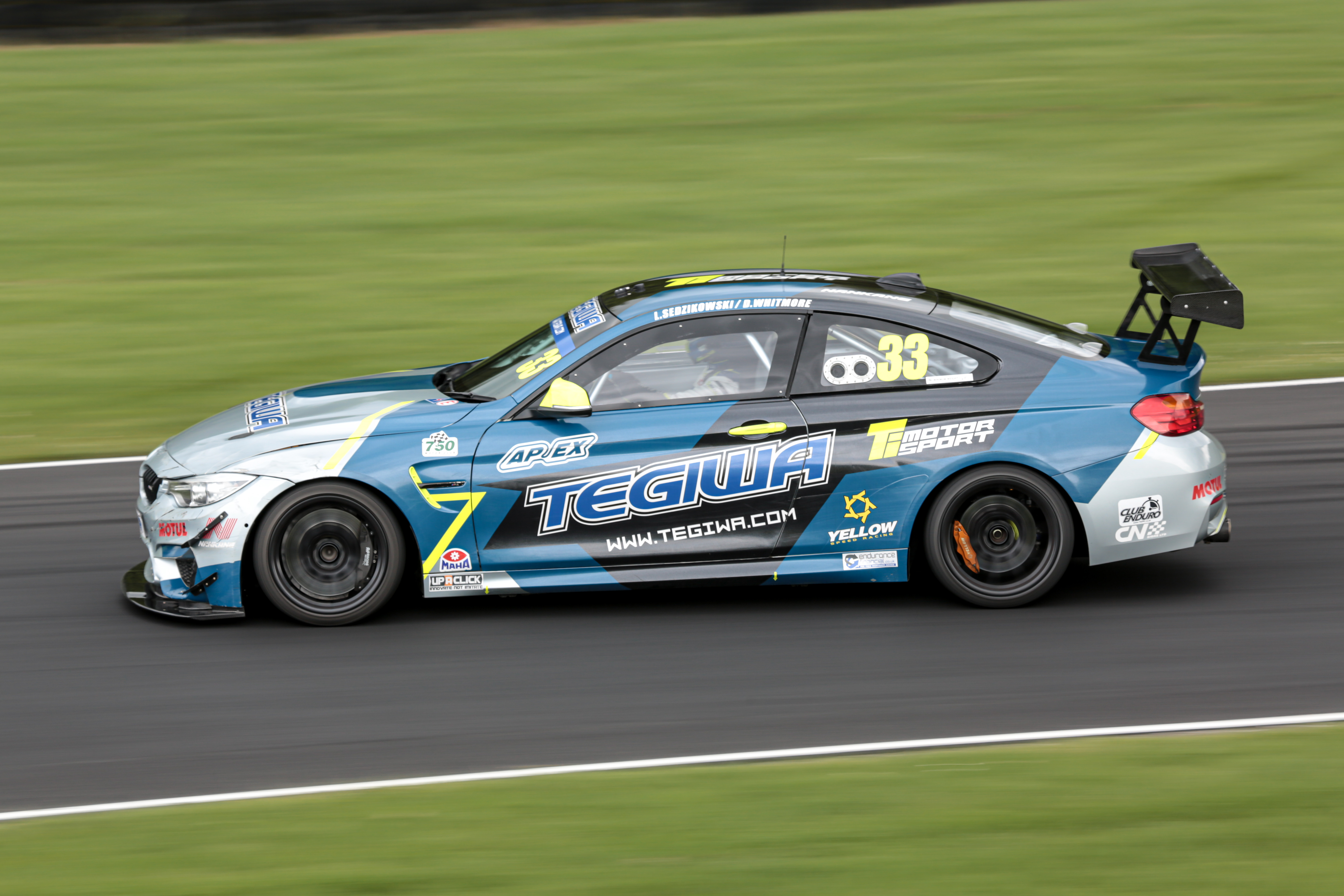 Sure enough, Luke bought it home for the team in a convincing first place with a 48-second margin over Andy Marston in second who finished just ahead of the father-son combination of Chris and Mika Brown who completed the class A podium.

Again, another congratulations to our drivers Dave and Luke, (not a bad way to top off Dave’s birthday), Motion Motorsport for building and repairing the car, and everybody else involved. We’re off to Spa next for rounds 3 & 4, were we’re hoping we can bring you more positive news! 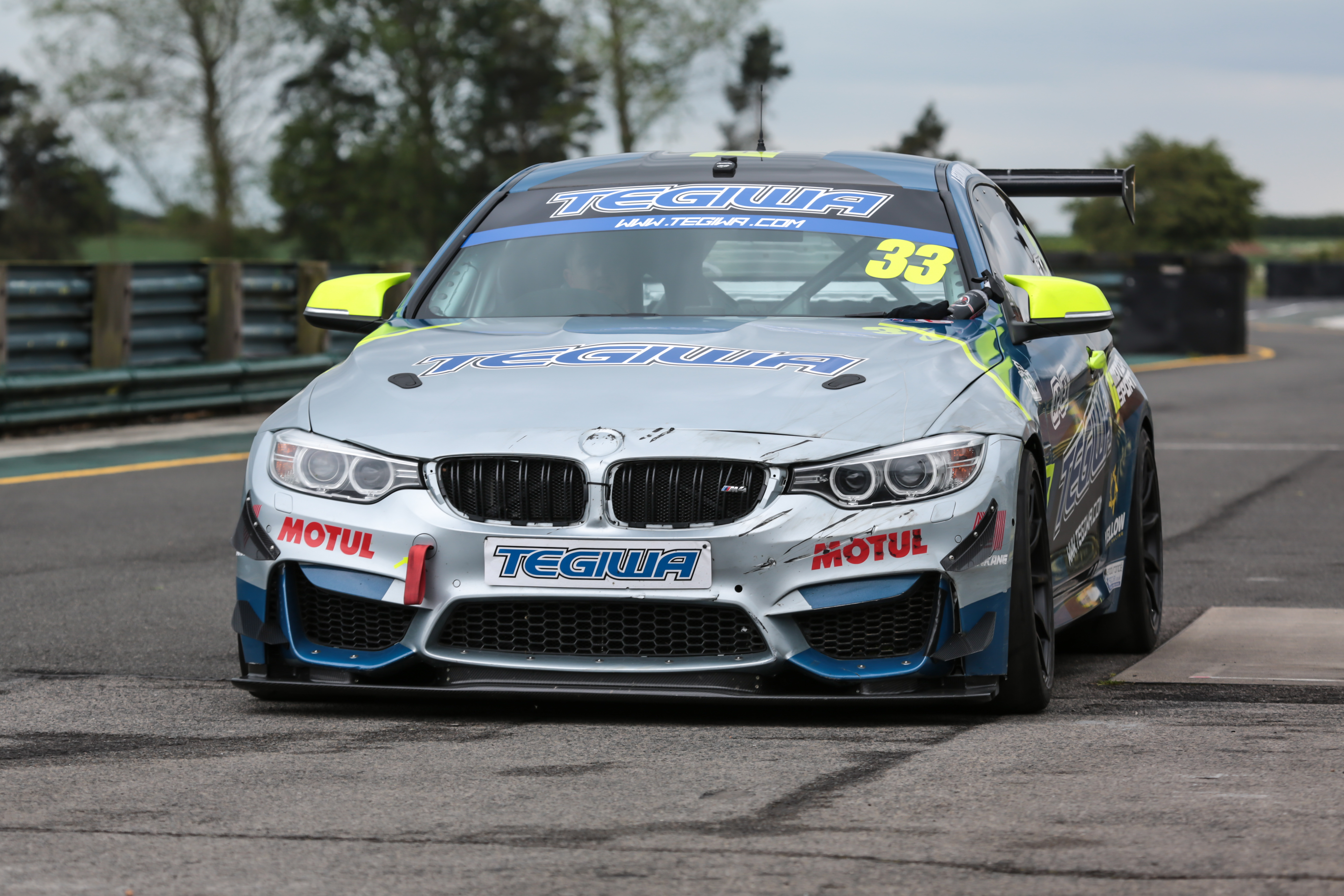 Check out the all of the action from the day here.