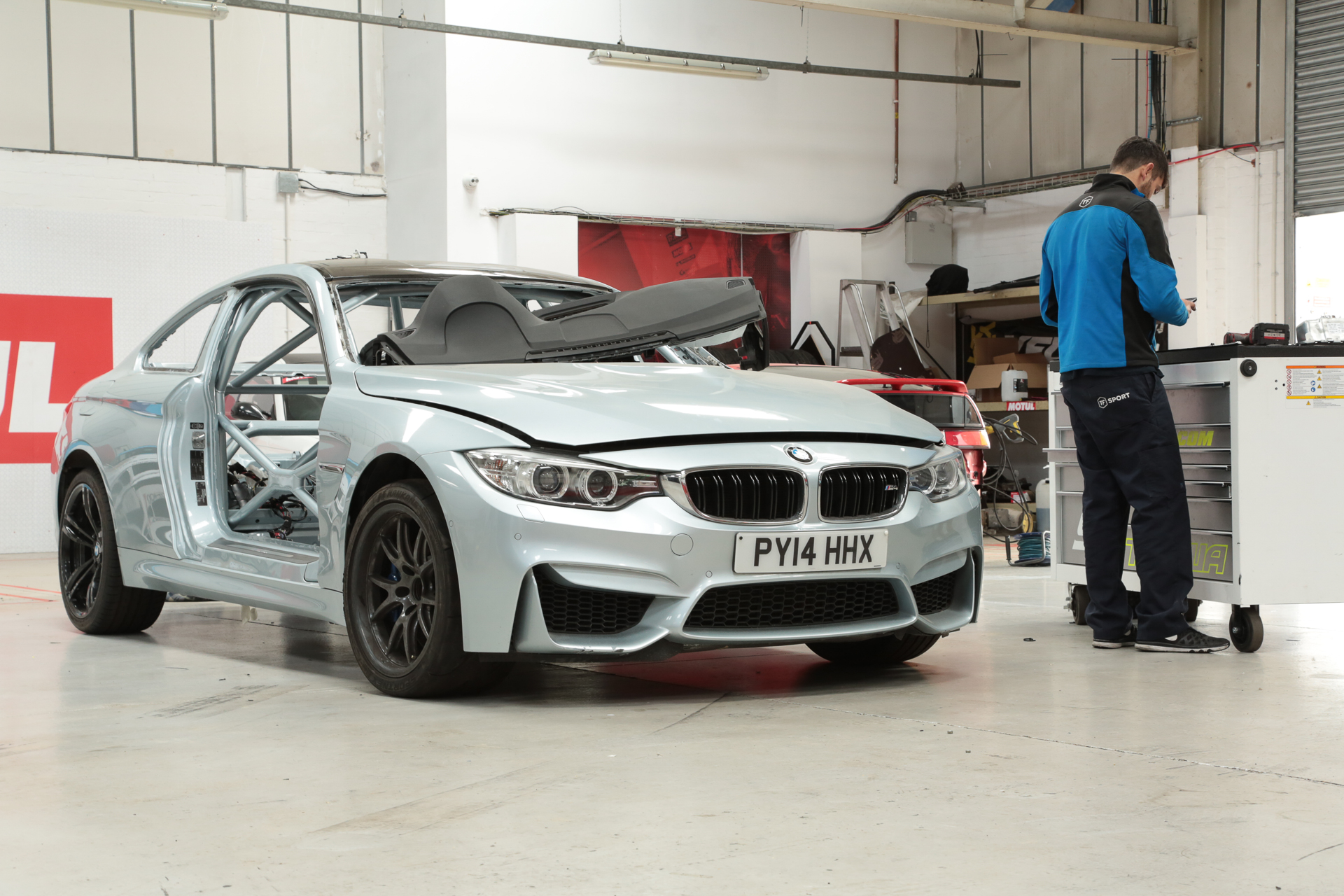 There comes a time for progression, a time to move on from the past into something newer and ultimately more powerful – here at Tegiwa this takes shape in the form of an M4. 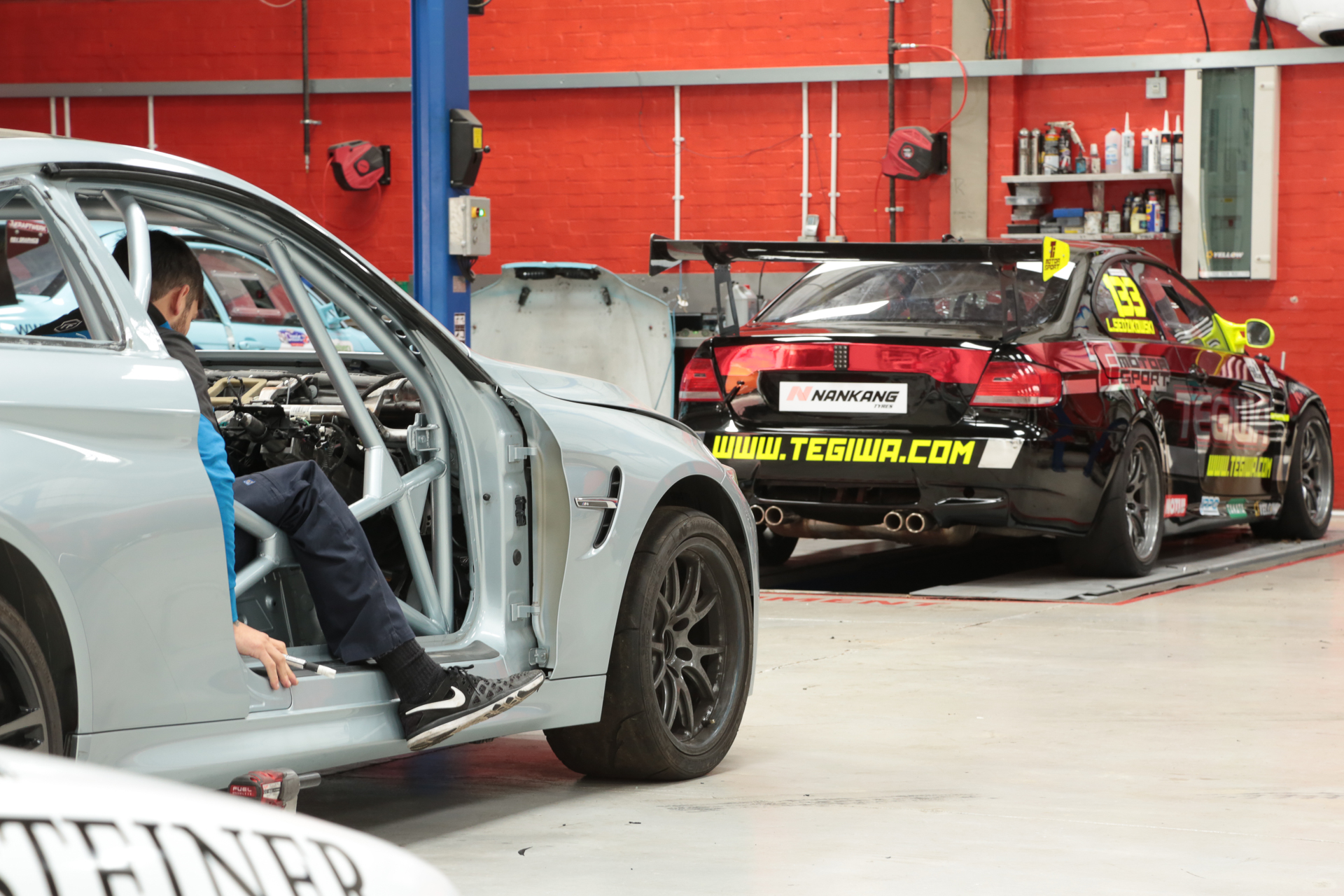 This year Luke [Sedzikowski – Driver/Owner] and Dave [Whitmore – Driver/Owner] will be moving on from their multiple race winning E92, onto the F82 BMW M4. These blogs will document the process the turning of a regular, street M4 into a competitive endurance racer. The M4 will primarily be built for 750 Motor Club’s Club Enduro series, but will possibly compete in BMW-CCR as well as the Creventic 24hr. All options being a great opportunity to test and develop parts for the platform for road and race use, to be competitive wherever. 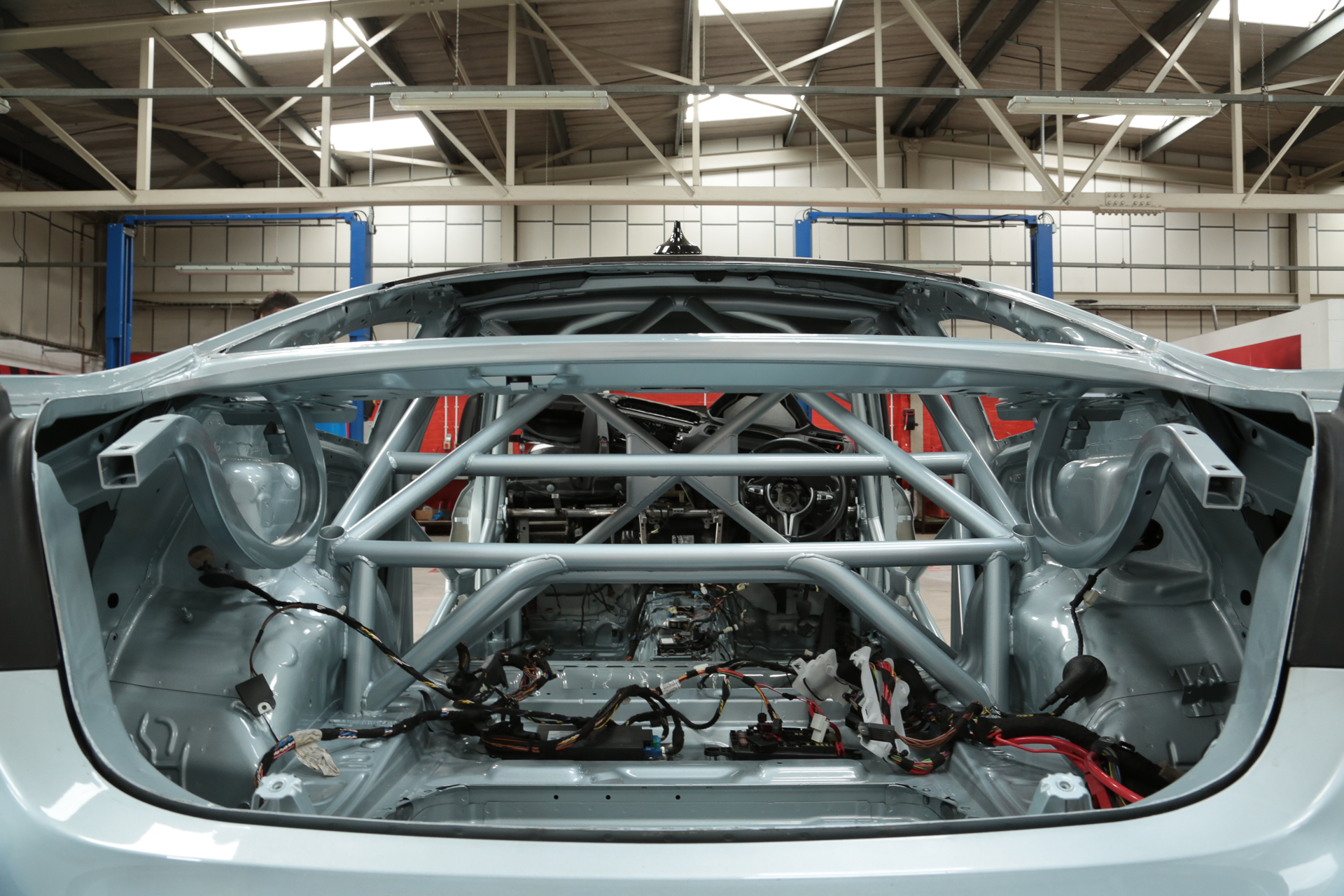 We start a few months ago, tactically I might add. With this gorgeous M4 now in our possession the time came to strip it, in motorsport you have to be ruthless and with this car it is no different. Everything had to come out prior to it going to Safety Devices for cage-work, this was the best time to get the car down from it’s factory weight of 1,600kg. Weight saving plays a massive part in the sport today; with cars being stronger, safer and more rigid, this ultimately leaves them heavier despite the metals used within the production process. 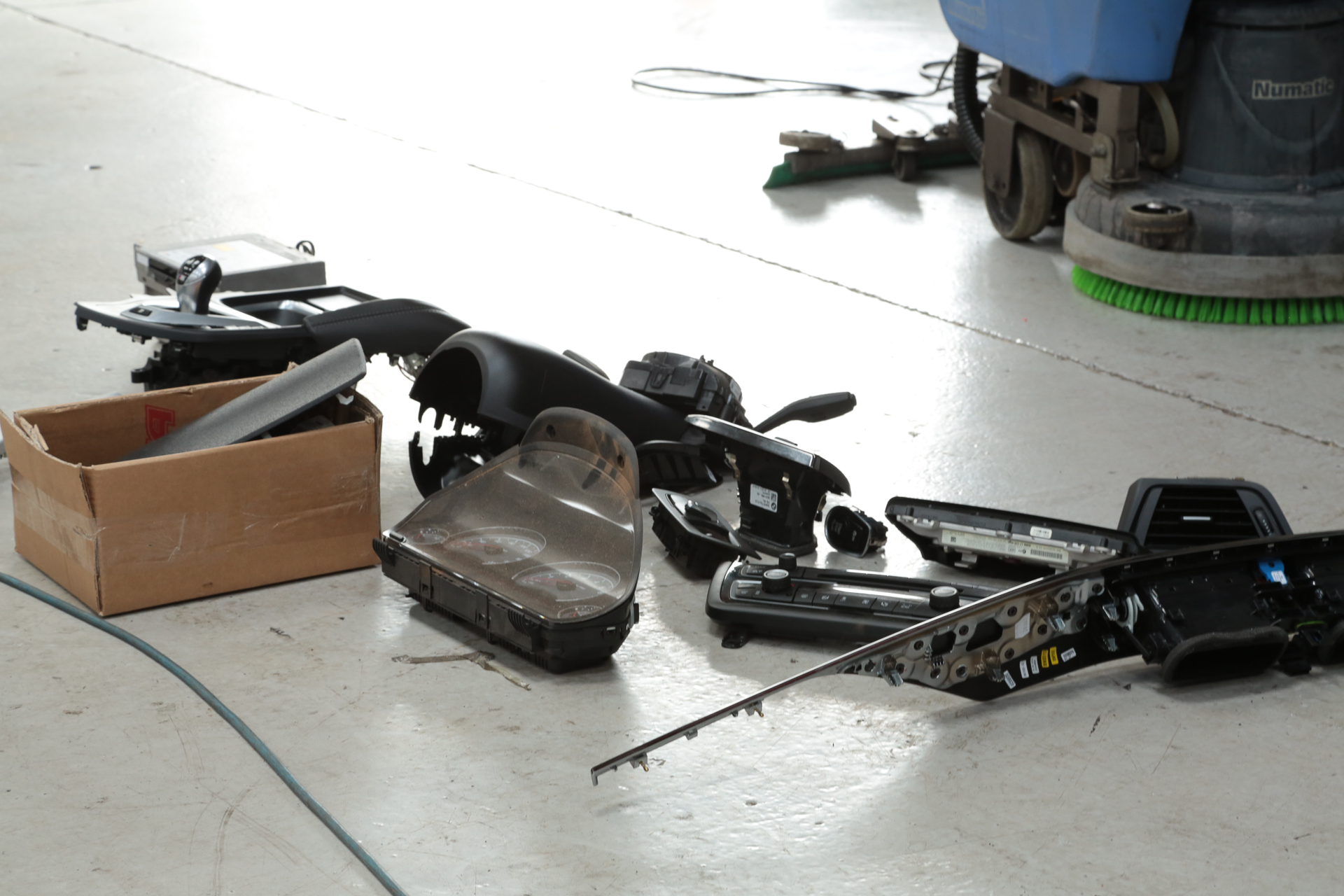 The plan was to dig down to paint; carpets, sound deadening and any other OEM niceties were out the window in favor of performance. Safety Devices also needed to see everything they were working with, as the car would be with them for a while for R&D [hence why we’re starting this post-cage]. Leaving us with a fully stripped out cabin, discounting wiring and notable items for the cage itself to avoid – this was Safety Devices’s canvas to work on, much the same as us. To combat the aforementioned weight we also plan on ditching the heavy steel doors in favor of FRP GT4 doors, these coupled with some carbon fiber door cards and polycarbonate windows all around should make a noticeable difference on the scales. 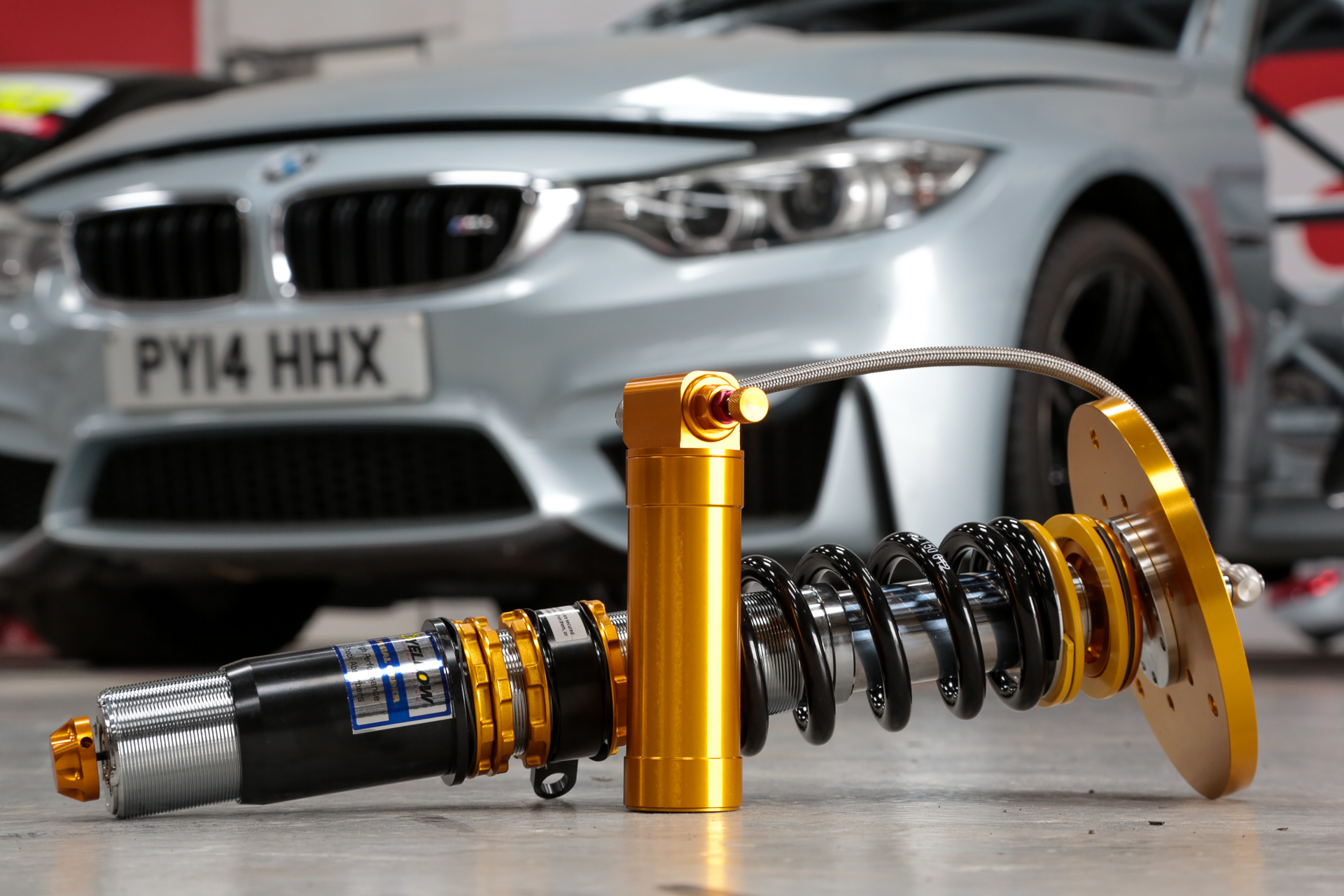 There’s little out there for the M4, giving us the opportunity to try our hands at developing our own kit for it – we’ve received some prototype Advance Pro Plus circuit series coilovers from the folks at Yellow Speed Racing to test out. Other YSR parts will be going on also; a big brake kit and air jacks will also be going onto the car. We’ll be revealing more of the parts as this build progresses, but right now we have some gorgeous cage work to admire and spur us on. So now the build is at the point where we are back to building the car up; the interior, test fitting and refitting components both new and old. The dash has become a project of its own in a way, having to now fit tidily around the cage whilst also housing the new AIM MXS Strada Dash Cluster – this has since gone to get flocked and should be back with us soon. 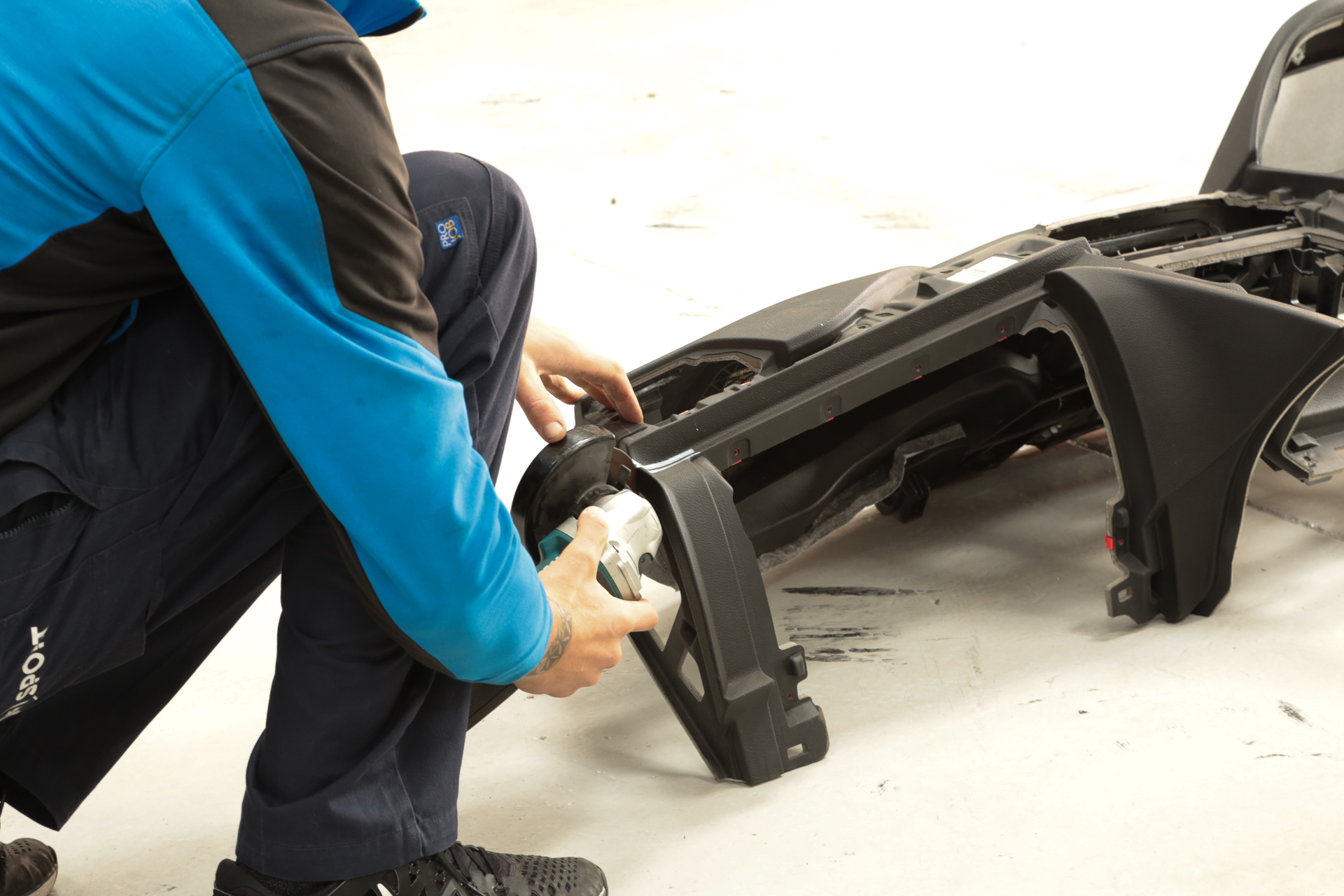 This has been a great step forward for the interior of the car, the cage being an integral part of the build over all, letting us now move on to stripping and simplifying the exterior of the car while we wait for the dash to come back. Not to suggest that there is any shortage of prep work to do on the car, but these things take time so we’re attacking the smaller jobs whilst we wait on other components to arrive back with us. We’re are learning more and more about the car as each bolt is undone on it, giving us an insight into this great platform, and giving us a chance to make it even better. 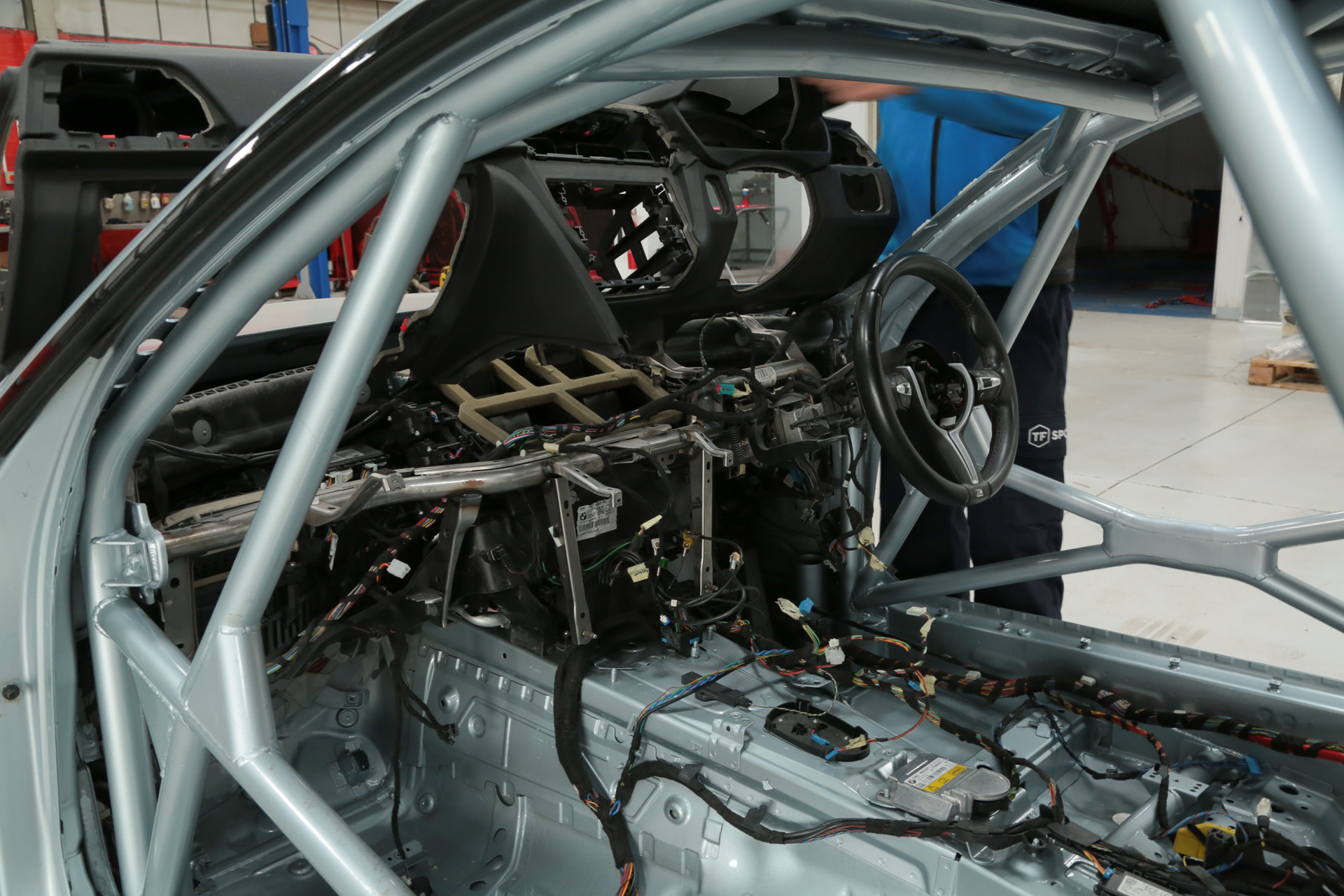 Stay tuned for more updates as the car is built, and if you are interested in any of the parts mentioned they can all be sourced through TEGIWA EURO. As previously mentioned the next steps will be the outside of the car, but also engine components such as our own TEGIWA decat downpipes, and on top of that a full stripping of the rear getting that ready for a refresh with some prototype bushes from POWERFLEX. 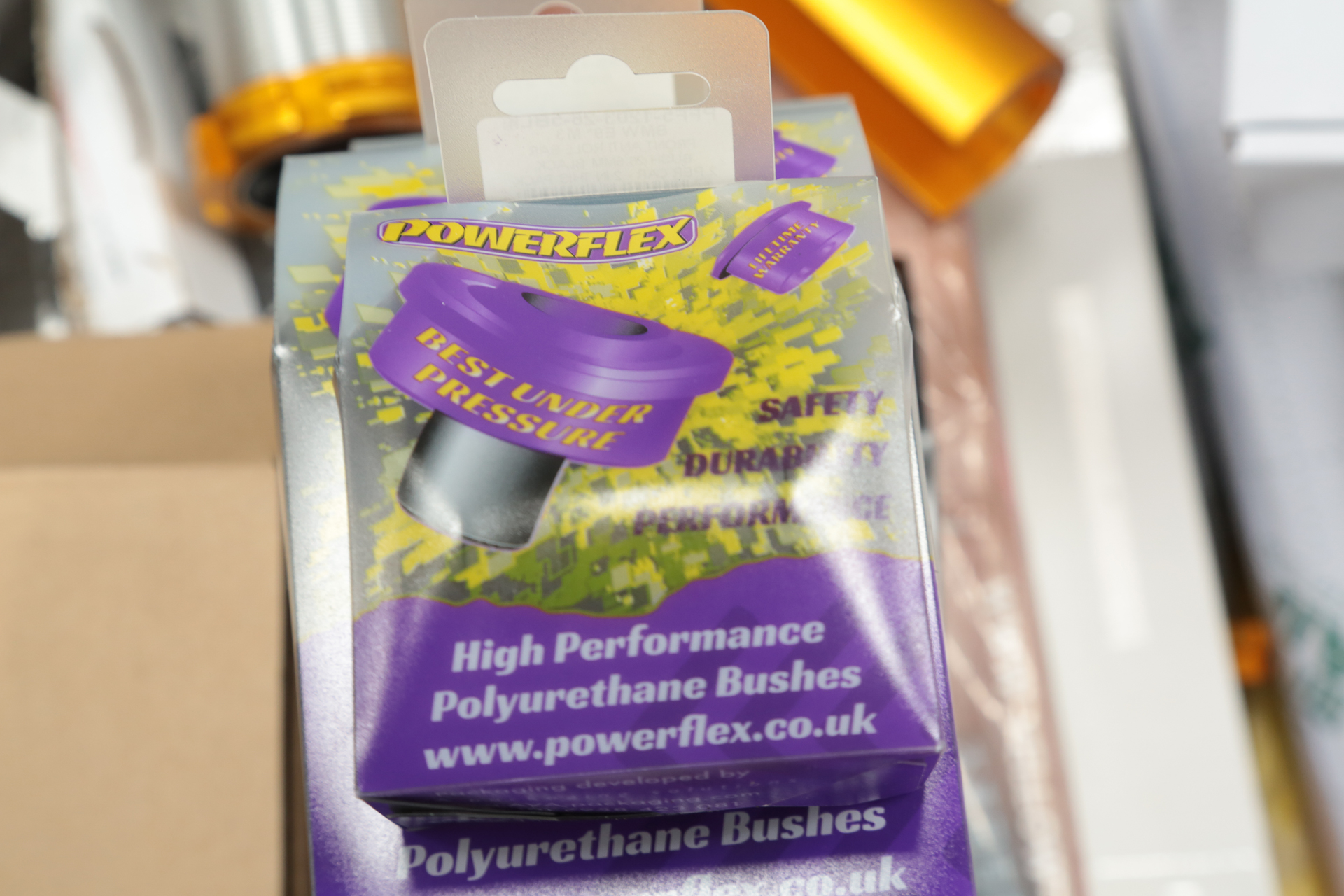 The images you see amidst the blog posts are merely a slice of what’s been shot, if you’re interested in seeing the rest we’ll have a gallery to accompany each update.