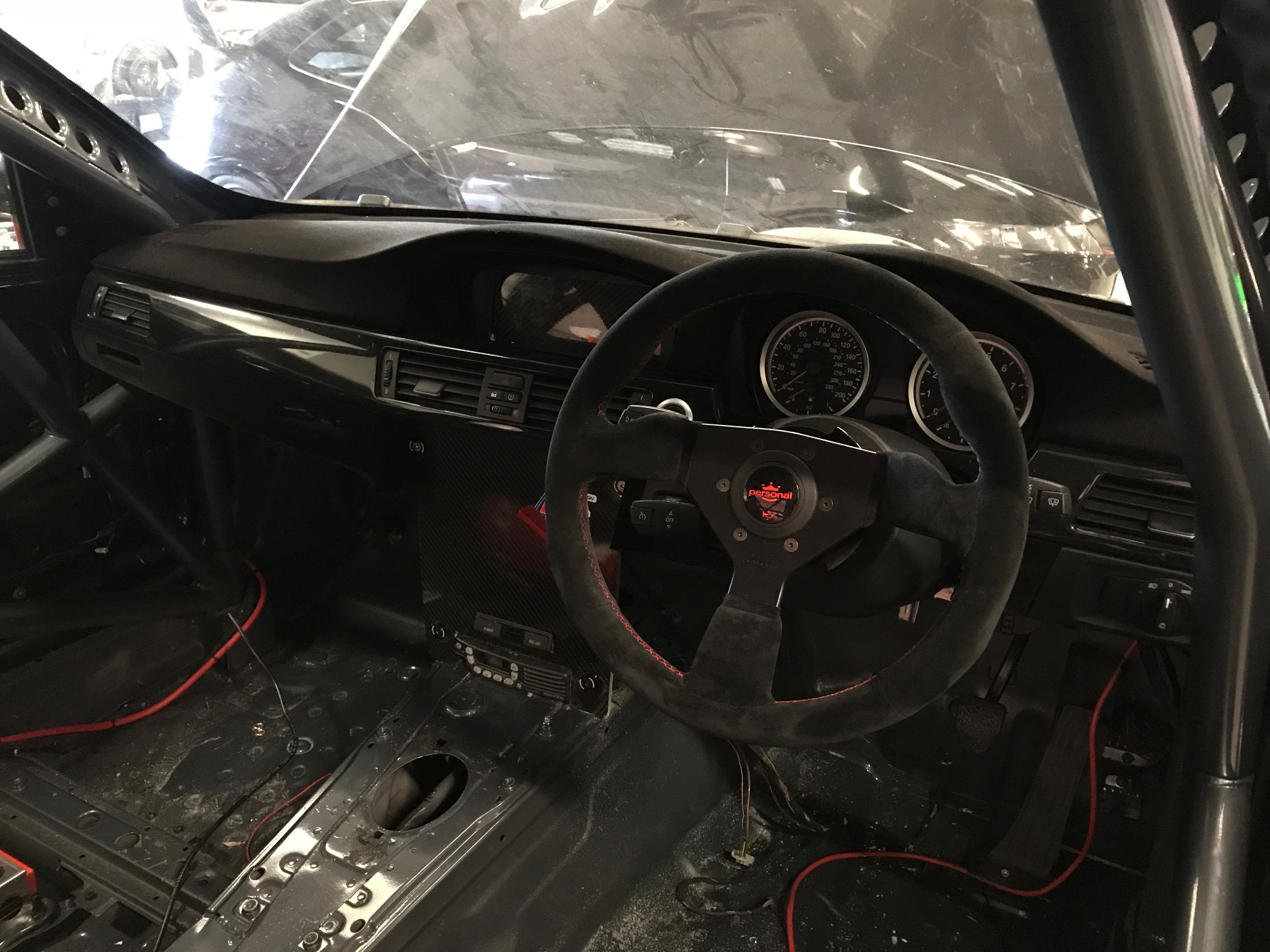 The dash is now back from Banbury Flocking Services and they have done an amazing job. As we had already trimmed it down and trial fitted it before sending it off it was an easy install. Then the install of the Race Technology Dash4 Pro to give us some lap time data and alarm functions whilst on circuit.

As the floor is uneven it was easy to mount the Super B battery under the passenger seat location as well as the fire extinguisher behind it. 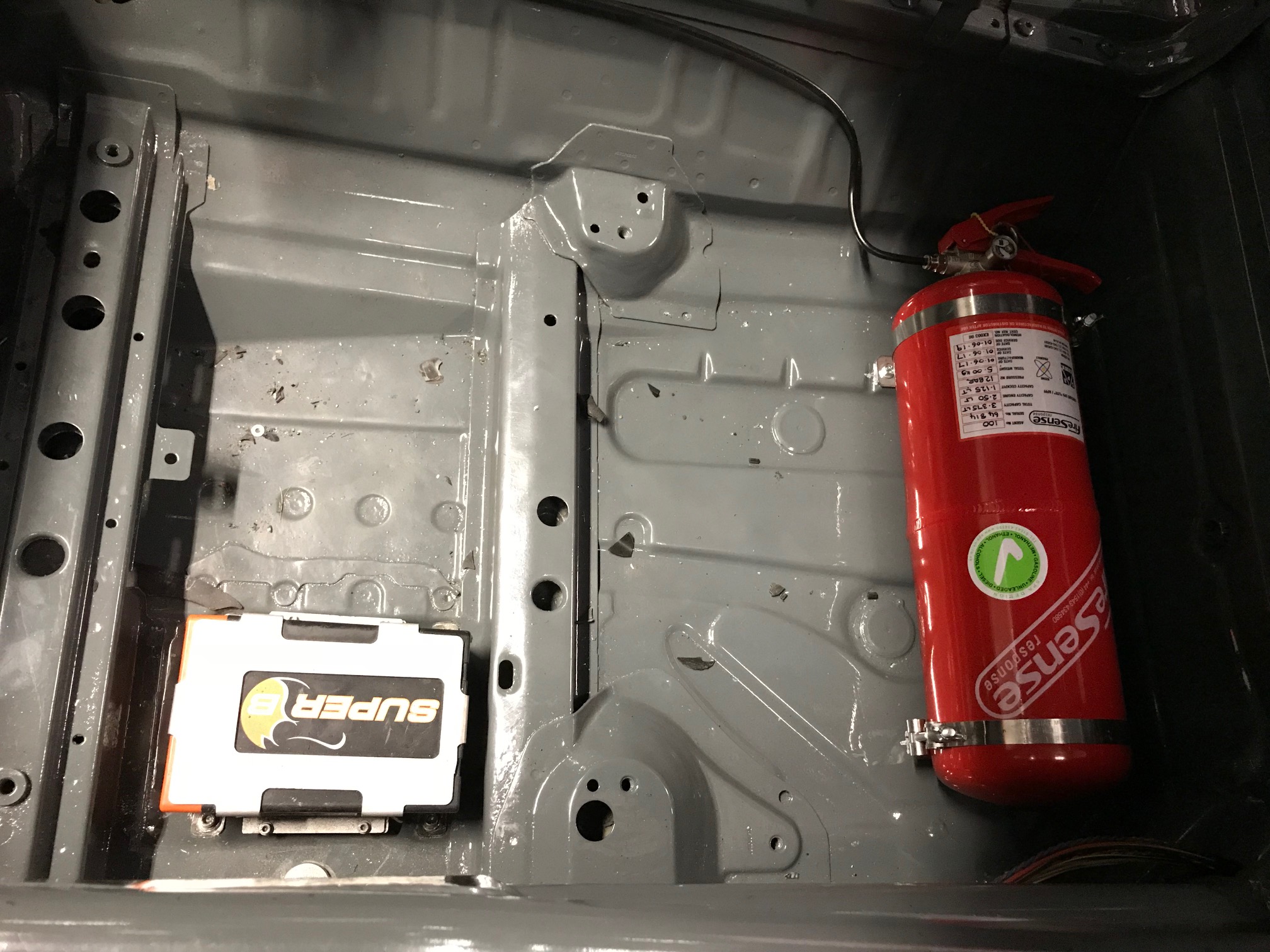 The boot floor in the E92 is a large plastic moulded panel that simply unbolts, as its a heavy panel we decided to replace it for a CF Foam sandwich panel. 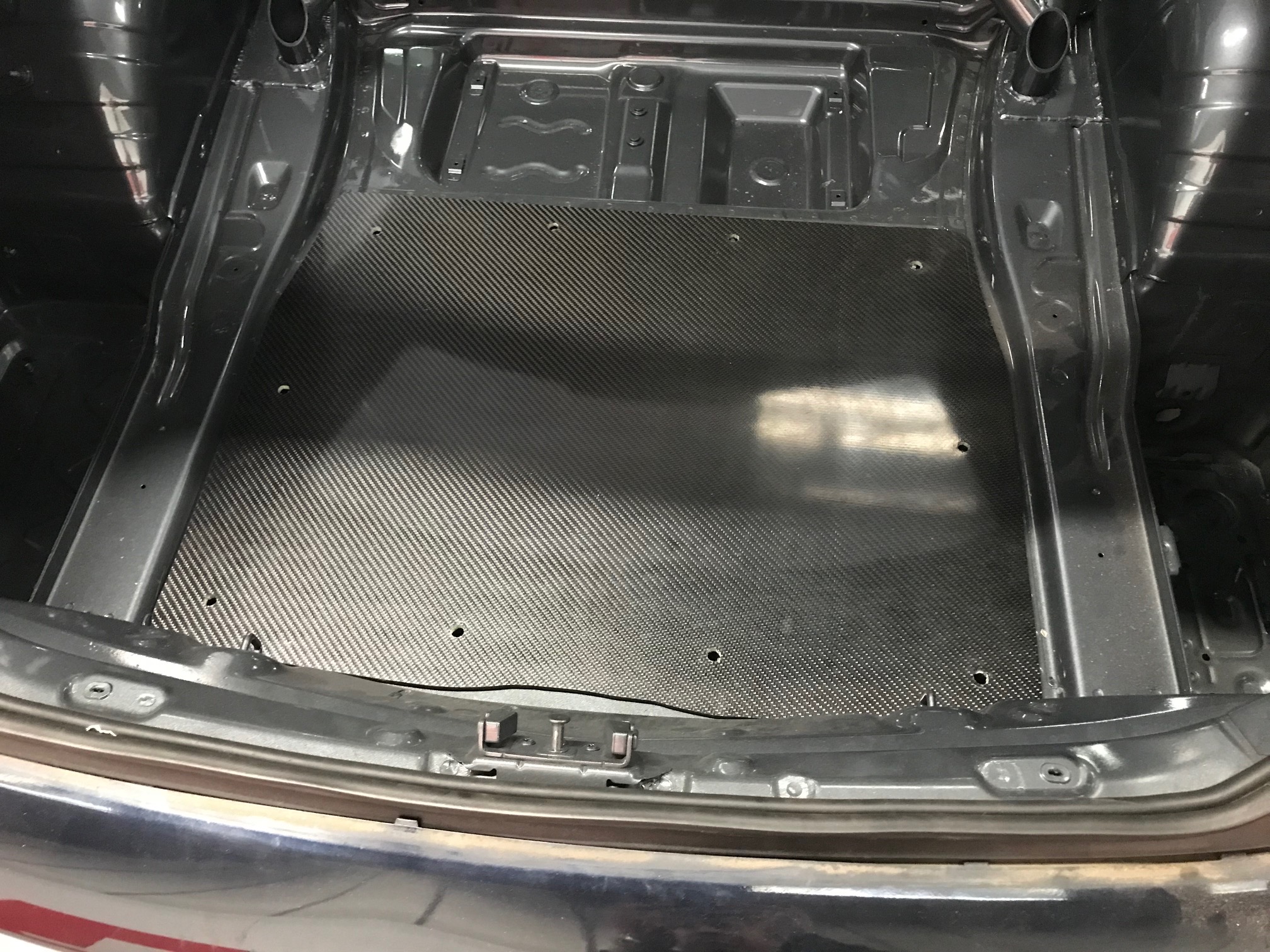 We will come back to the interior in a later blog but for now we need to get back to the engine and suspension works. 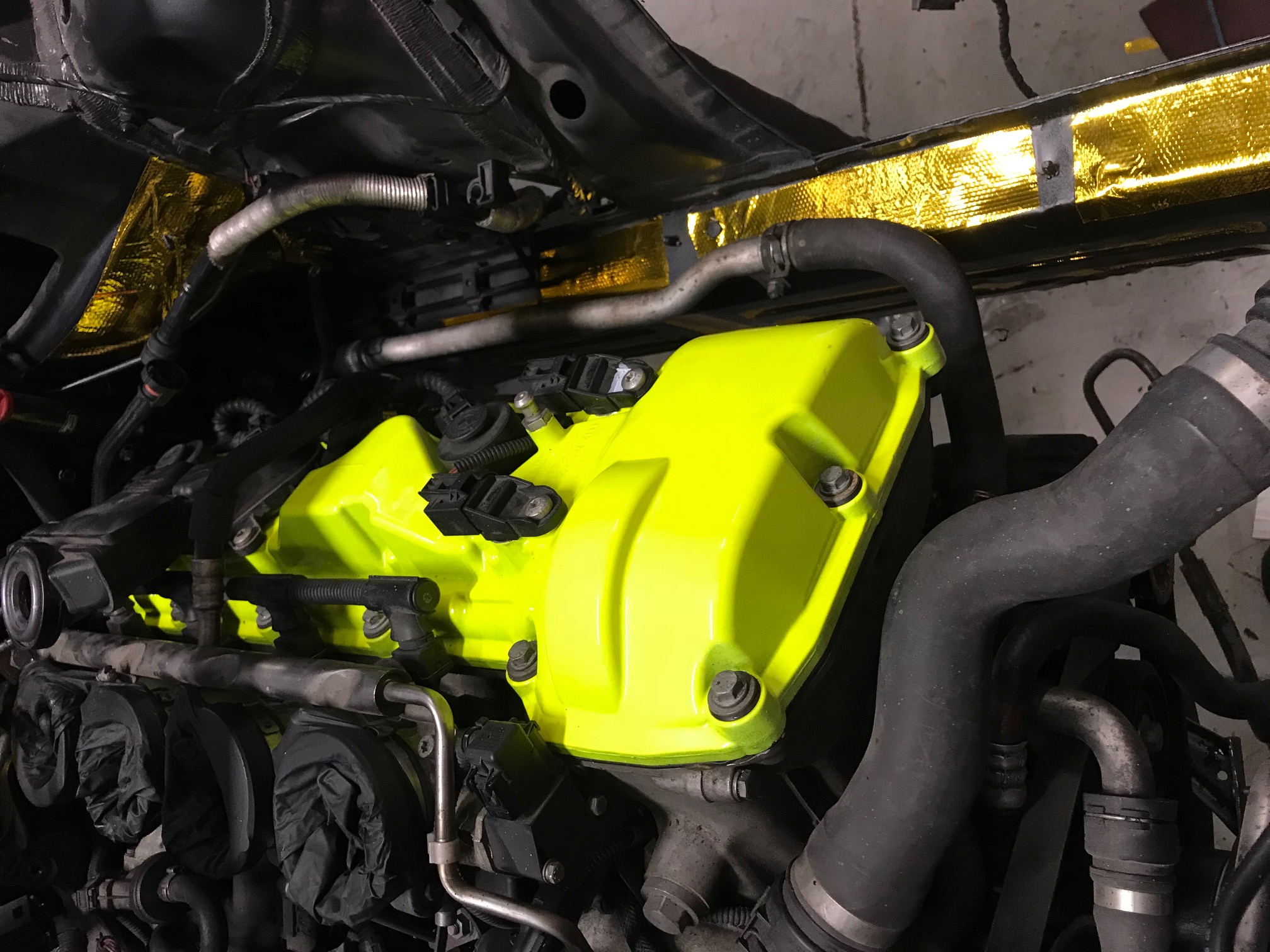