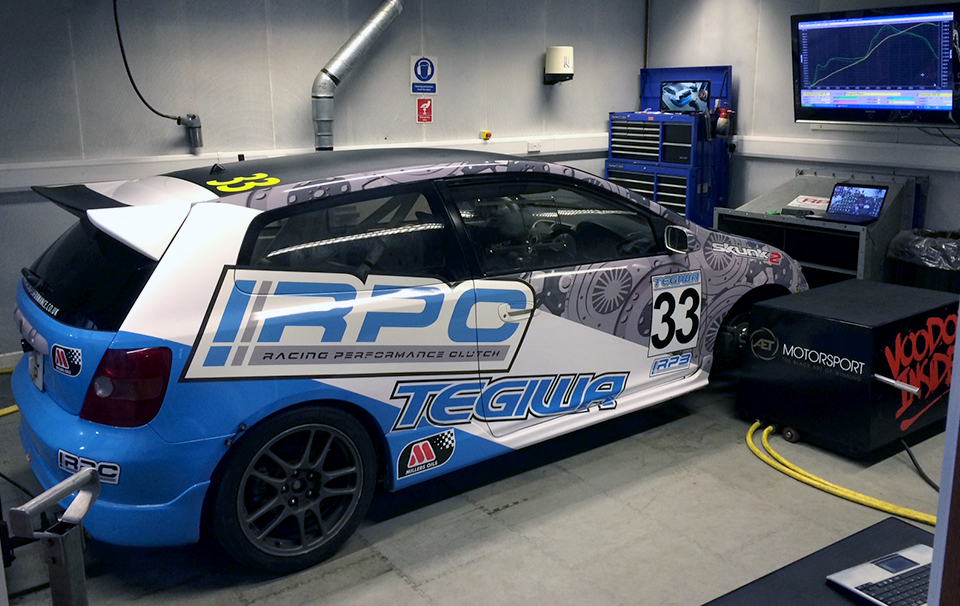 There are many myths regarding premium oil which guarantee to fuel the debate of forum guys, classic keyboard warriors and disbelievers with negative toxins running through their nitrous filled veins and that’s perfectly fine, we all love a debate and despite proven gains and scientific advancements there will always be doubters. This is the reason tests such as this particular one are carried out, to give everyone an insight into the product and read into the science and tech side.

Approaching the 2014 Season of Tegiwa Civic Cup, we decided to try Millers Oils latest offering in Racing Oil technology, ‘Nanodrive’, a premium oil offering both gains in performance and increasing longevity of the engines internal components. Primarily our go-to choice for Premium Oil was Fuchs Titan, oil that has served us well along with the many customers purchasing it for both regular standard maintenance and race use.

So, let’s start off with some basic information about Nanodrive. Millers latest engine oils for motor sport have been designed to offer racers, engine builders and team managers a whole range of valuable benefits. Lower friction means less power loss, resulting in more power to the wheels and potentially increased speed. This also results in increased durability of the engine due to reduced wear. Other benefits are increased time between engine rebuilds and also reduced costs overall.

In an engine it is estimated that 15% to 20% of the energy in the fuel is lost through internal friction. Friction, the roughness of surfaces moving against each other causes wear and uses valuable energy through mechanical losses turning the engine over and in the generation of heat. Cutting friction within the engine will reduce wear on engine parts and the heat generated, as well as giving drivers more power at the wheels. This is achieved through the use of clever nanoparticles, which act like millions of ball bearings, combined with ingredients that smooth out the surface roughness of the metal engine parts. 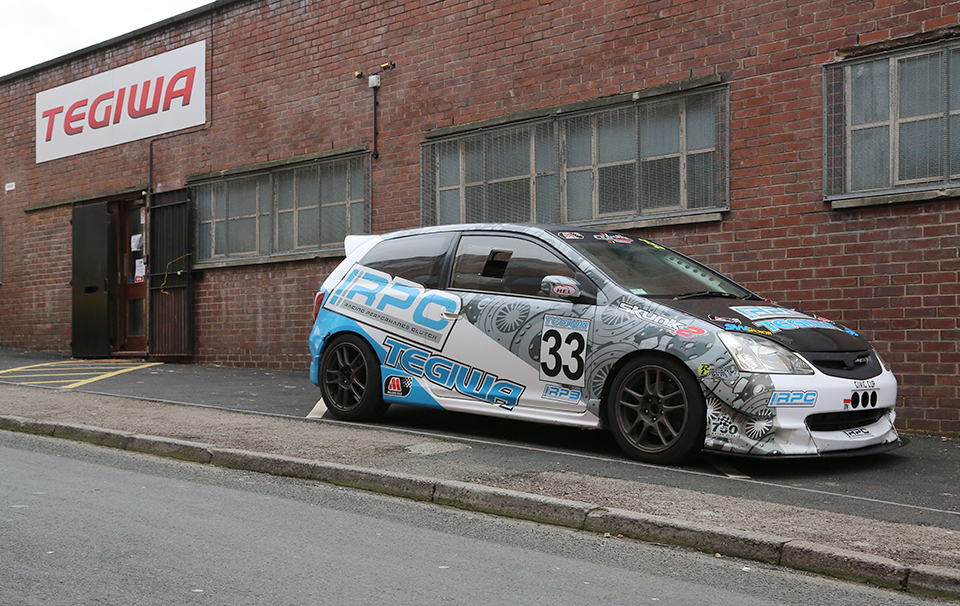 Our Civic Cup JDM spec EP3 has the following ‘go faster’ modifications, all of which are available to the public for their road going EP3. These parts are selected from the Civic Cup controlled parts list therefore adhering to the strict regulations put in place to allow the series to be fair amongst both earlier and recent models of the hot hatch. Making our way from the business end of the car to the rear, taking care of the K20’s breathing is our Tegiwa Carbon Fibre Air-box supported by a Hondata K-100 set with a Civic Cup map. Allowing the gases to exit the car is our Tegiwa Exhaust Manifold, bolted to a Skunk2 MegaPower R Exhaust System. The car also runs on Regular 99 pump fuel. With these modifications and the weight loss of the car, it is a very capable track weapon.

The dyno testing was carried out at AET Motorsport. The setup AET have is excellent, in house they have a chassis dyno supporting up to 1200 bhp FWD cars and up to 2000 bhp 4wd cars, more than adequate for our EP3. Upon arrival at the premises, AET completed an oil change using a fresh batch of Fuchs Titan Oil and HAMP Oil Filter. Dyno runs were completed before allowing the car to cool off again and complete a further oil change, this time using Millers Nanodrive, again with a fresh HAMP Oil Filter. 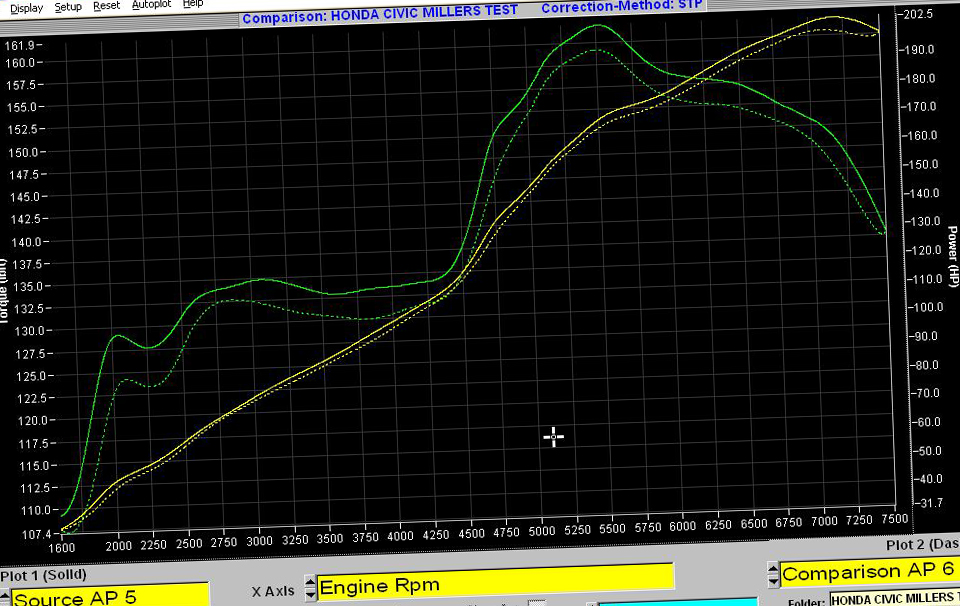 As shown on the dyno chart, the dotted line is the power run using the Titan, the solid line using Nanodrive. The yellow lines display power curve and green lines display torque curve.

[su_quote]We are glad that everyone was happy with the results, and hope you liked the way we carried out our test procedures.

After we had evaluated your cars performance on the Titan oil, the oil was drained and replaced with the Millers Nanodrive low friction technology oil, accompanied with a new oil filter so not to cause any conflict in the test procedure.

Once the engine was up to operating temperature. We increased the load on the engine to get the oil above 100° centigrade to activate the Nanodrive molecular structure within the oil. We then proceeded with a number of test runs, both recording & monitoring all temperature readings to ensure constant stability resulting in no conflict in the power figures.

The temperature tolerance was maintained at 2 – 4 degree variance from run to run. After several runs, we started to see an increase in power and torque. Not just at maximum, but also throughout the entire rev range, the maximum increase in torque was 5flb and power was 3 bhp – which in a closed control race series can mean a lot.

Having seen the results of the Nanodrive formula we can fully endorse the product, as in the case of Millers other oil products, the components via the proven formula are protected but additionally extra performance is achieved.[/su_quote]

There it is, proof that this low friction technology oil is a great product, living up to it’s claims. So when you are next due for an oil change on your road or track weapon, keep your car in top condition and squeeze every drop of power out of those supporting engine modifications, use Millers Nanodrive. You will not be disappointed! Nanodrive is available to buy now at www.tegiwaimports.com along with additional Millers products.